Japan will refuse to buy energy resources from Russia, including stopping purchases of oil and LNG

Japan may consider accelerating the pace of restarting nuclear power to reduce its dependence on hydrocarbons while expanding its renewable energy capacity. 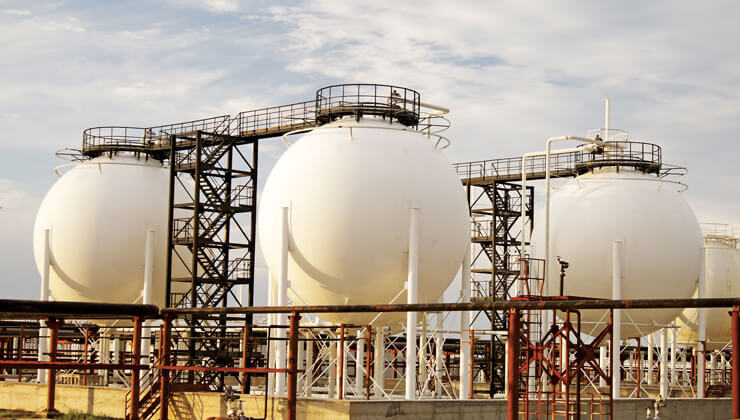 Japan is ready to suspend any new energy deals with Russia, including spot purchases of Russian crude oil and LNG, as part of its commitment to reduce dependence on Russian energy supplies, industry sources and experts told S&P Global Commodity Insights.

The move would mean Japan is effectively suspending its spot purchases of oil and LNG from Russia, with a growing number of Japanese companies reluctant to accept any spot cargo from Russia for fear of reputational risk, industry sources said. .

Japan is part of the G7 group of countries that vowed on March 11 to continue reducing its dependence on Russian energy in response to the invasion of Ukraine.

After Tokyo signaled that it would retain its involvement in Russia's Sakhalin-1, Arctic LNG-2 and Arctic LNG-2 projects for energy security purposes, Japan should stop any new energy deals with Russia, including spot purchases of oil and LNG, said Nobuo Tanaka, former executive director of the International Energy Agency.

Jane Nakano, Senior Fellow at the Energy Security and Climate Change Program at the Center for Strategic and International Studies, said Japan would look closely at its involvement in existing Russian energy projects, despite the unlikely possibility of an immediate exit.

“Immediate withdrawal from Russia may be difficult in relation to the energy projects on which Japan currently depends, but Tokyo can carefully reconsider the effectiveness of energy security by continuing to participate in projects and initiatives that will increase the country’s dependence from Russian energy, whether it be additional LNG or hydrogen,” Nakano said.

"Diplomatically, Tokyo may also consider sending a stronger signal to Washington that US LNG will play a permanent and, if any, more active role in alleviating growing feelings of energy insecurity in Asia and Europe." added by Nakano.

According to the Japanese Ministry of Finance, Russia accounted for 9% of total LNG imports of 74.32 million tonnes in 2021 and 4% of total crude oil imports of 2.48 million bpd.

More than half of Sakhalin II's 9.6 million tons of LNG per year is destined for Japanese buyers, and Sakhalin II LNG accounts for almost all of Japan's LNG imports from Russia.

To reduce its reliance on Russian energy, experts say Japan may consider additional LNG investments in the US, Qatar and Australia, as well as nuclear power, as it attempts to achieve carbon neutrality by 2050.

Финансовая аналитика, прогнозы цен на сталь, железную руду, уголь и другие сырьевые товары. More news and analytics on Metallurgprom telegram channel - subscribe to get up-to-date market information and price forecasts faster than others.
Сomments
Add a comment
Сomments (0)
On this topic
BHP iron ore tankers switch to liquefied natural gas
Japan sells more than 4 million barrels of oil from reserves to help US drive down prices
Metallurgists seek loopholes to achieve carbon neutrality without reducing emissions
The largest shale oil field discovered in China
In China said about the futility of wind power
The Korea Herald: South Korea raises electricity tariffs for the first time in 8 years due to Nord
Recommended:
China's crude steel production in 2022 falls for the second year in a row
UK is ready to give 300 million pounds to save British Steel
Ukrzaliznytsia announced the purchase of rails in France cheaper than in Metinvest before the war
News Analytics
The United States refused to comply with the decision of the WTO on tariffs on29-01-2023, 20:08
China remains the world leader in shipbuilding with a 50% share of new shipyard29-01-2023, 12:35
Prices for metal products in Ukraine increased by 26% last year29-01-2023, 12:06
JSW Steel, ArcelorMittal and NLMK may buy two Liberty Steel plants in Belgium29-01-2023, 12:12
British scientists have found a way to cut CO2 emissions from steel production28-01-2023, 23:49
S&P: Russia will continue to dominate the steel export market in the Black05-01-2023, 11:22
Fitch Analysts Predict Big Drop in Global Steel Consumption This Year14-12-2022, 13:59
Analysts predict 5% annual growth in the iron casting market through 203006-12-2022, 12:44
Commodity prices will fall, metals quotes will rise slightly - Focus Economics28-11-2022, 13:28
Platinum market to face shortage next year - WPIC22-11-2022, 18:25
Sign in with: