According to Fumi Sakamoto, infection control manager at St. Luke International Hospital in Tokyo, the rise in COVID-19 cases exacerbates the seasonal rise in hospital admissions. 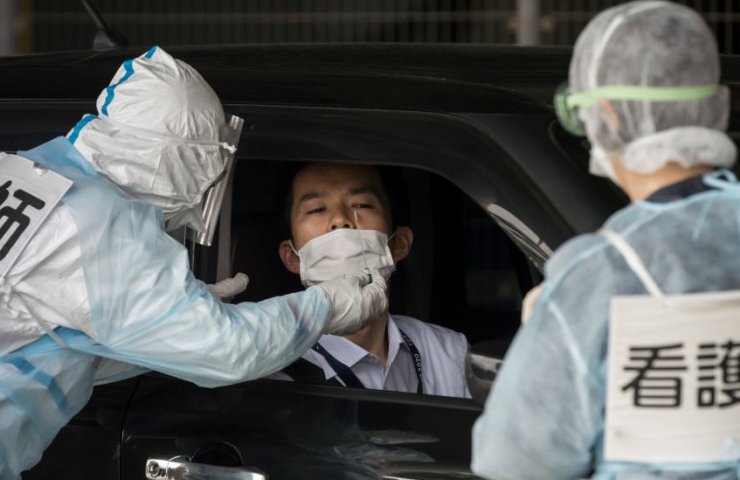 Tokyo Governor Yuriko Koike and leaders of three neighboring prefectures have called on the Japanese Prime Minister to declare a state of emergency amid the explosive rise in COVID-19 cases, the head of the national pandemic response said Saturday.

"The national government and the three governors shared the view that the situation in the Tokyo area is becoming more serious and an emergency may need to be declared," Minister of Economy Yasutoshi Nishimura told reporters.

As a temporary measure, restaurants and karaoke parlors in the Tokyo area will be closed at 20:00, he said, and businesses that sell alcohol should close at 19:00.

Prime Minister Yoshihide Suga has previously dropped calls to restore the country's state of emergency, which the government imposed in April during the previous wave of the pandemic. The next public address by the Japanese Prime Minister is scheduled for January 4.

Recall that the Olympic Games, postponed to 2021 due to COVID-19, should be held in Tokyo this summer. The decision to postpone the Olympics was made at the end of March 2020 after the National Olympic Committee of Canada announced that it would not send its athletes to the Games in 2020 due to the risk of illness.

Recommended:
In the Republic of Tuva, a citizen of China died as a result of a collapse in a mine
Electric vehicle production in Germany is growing at astronomical numbers - DW
Ukrzaliznytsia acquired 28 new passenger cars in 2020 and repaired 1406
On this topic
Competition grows in Japanese steel market due to coronavirus
Tokyo Steel sixth time since the beginning of the month increased the procurement prices for scrap
Nissan will cut 20 thousand jobs worldwide
Tokyo Steel for the first six months reduces the price of steel because of the pandemic
Platts: 35% of the steel mills in China have cut output due to problems with the supply of raw
Tokyo Steel reports increased activity in the Asian steel market
Add a comment
Сomments (0)
News Analytics
In 2021, Ukrzaliznytsia plans to repair more than 300 locomotives for UAH 426-01-2021, 15:30
Ukraine has enough "metals of the future" for the development of innovative26-01-2021, 14:40
High-speed railway line will connect the south of Kazakhstan and the capital of26-01-2021, 14:27
In 2021, an analogue of the US Department of Defense Research Projects Office26-01-2021, 11:24
Turkey plans to produce 100 tons of gold annually26-01-2021, 11:15
China will overtake the United States to become the world's largest economy in27-12-2020, 12:04
The shortage in the US steel market will last at least until the end of the25-12-2020, 11:36
Steel production in China to surpass one billion tons this year23-12-2020, 10:59
Iron ore prices hit seven-year high and continue to rise15-12-2020, 10:26
Prices for metallurgical raw materials continue to rise in regional markets10-12-2020, 11:32
Sign in with: