The automaker is Japan's largest steel buyer and its steel purchase prices are the benchmark for contracts in industries ranging from shipbuilding to home appliance manufacturers. 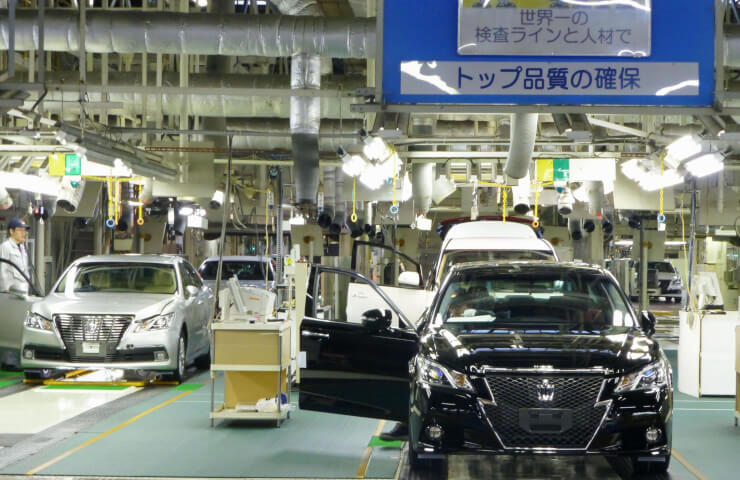 Japanese steelmaker Nippon Steel will increase the price of automotive steel for deliveries to Toyota plants by an average of 40,000 yen (about $289) per ton in the second half of the financial year in October-March. This increase was the result of the latest round of negotiations between the two companies, according to Japanese media.

This will be the biggest price increase in the history of the two businesses. The planned price increase means a jump of 20 - 30% from current levels.

The Nikkei notes that Toyota is Japan's largest buyer of steel and its purchase price serves as a benchmark for contracts in industries ranging from shipbuilding to home appliances. Therefore, price increases can be felt in many business sectors in Japan.

Toyota and Nippon Steel review prices every six months, depending on the changing cost of iron ore, coking coal and other raw materials. The current increase will be the third in a row.

Coking coal broke all price records in the April-June quarter, up 30% from January-March. Iron ore was also at a high historical level.

Palladium, used in catalytic converters, rose more than 10% in late August from a recent low in July. Toyota expects material costs to increase by 1.7 trillion yen in the fiscal year ending March 31, 2023.

Toyota has responded by raising the price of its vehicles in some markets such as the US. But in Japan, they have remained at the same level, even though competitors such as Mazda Motor and Mitsubishi Motors have begun to raise prices for certain models.

According to Tomoyuki Suzuki of American consultancy Alix Partners, the cost of car materials has roughly doubled from the 2020 average as of May. Steel is thought to account for about half of that value, and a new deal between Toyota and Nippon Steel could make the automaker consider raising the price of its vehicles again, according to the Nikkei.

Финансовая аналитика, прогнозы цен на сталь, железную руду, уголь и другие сырьевые товары. More news and analytics on Metallurgprom telegram channel - subscribe to get up-to-date market information and price forecasts faster than others.
Сomments
Add a comment
Сomments (0)
On this topic
In Nissan have announced falling sales in Europe and Russia by 20%
Toyota for the first time in two years agreed to increase the purchase price of steel
Panasonic sold all of its shares in Tesla for $ 3.6 billion
Japan called virus crisis "the biggest since the second world war"
Japanese companies are accelerating the replacement of Russian coal with Australian supplies
Japanese steelmakers have announced the revision of the earnings forecast, up to a net loss of
Recommended:
The state will not support the export of metals from Russia - Ministry of Industry and Trade of the Russian Federation
Dneprovsky Metallurgical Plant received almost UAH 2 billion in net profit last year
Mining enterprises of Ukraine reduced the export of iron ore by 38.9%
News Analytics
Metinvest enterprises in Ukraine resumed work after massive shelling of29-11-2022, 11:59
The European Council added the violation of restrictive measures (sanctions) to28-11-2022, 14:22
The abolition of export duty in India may reduce the price of Turkish steel28-11-2022, 14:07
Australia and the UK aim to catch up and overtake China in the battery metal26-11-2022, 22:37
The United States imposed a ban on the import and sale of equipment from26-11-2022, 22:31
Commodity prices will fall, metals quotes will rise slightly - Focus Economics28-11-2022, 13:28
Platinum market to face shortage next year - WPIC22-11-2022, 18:25
Global steel demand falls and will fall by 2.3% in 2022: WorldSteel19-10-2022, 23:12
Iron ore prices fall to 11-month low15-10-2022, 10:36
China production cuts in winter will give limited boost to steel markets -15-09-2022, 10:09
Sign in with: