Japan's largest steelmaker is asking the Tokyo District Court to ban the sale and production of Toyota electric vehicles until it receives compensation for patent infringement on electrical sheet steel. 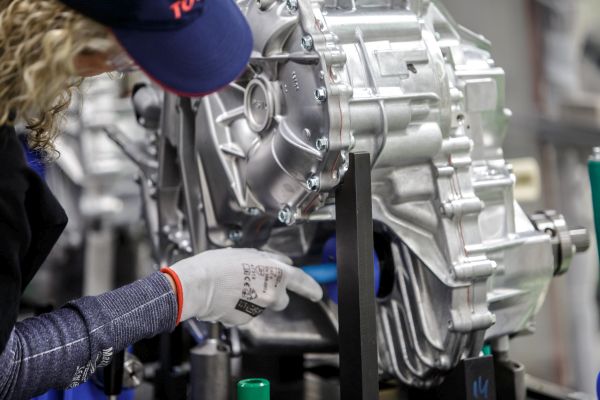 In order to secure the claims, the Japanese metallurgical company demanded a ban on the production and sale of Toyota vehicles made with Chinese steel.

“Nippon Steel held discussions with each of Baosteel and Toyota, believing that these companies had infringed a patent on non-oriented electrical steel sheets, which are indispensable materials for electric vehicles; however, Nippon Steel was unable to resolve this issue through negotiations, ”the company said in a statement.

Non-oriented electrical steel sheets are considered a “multifunctional material” with significantly improved magnetic properties, which are realized through a special manufacturing process. Electrical steel sheet is widely used as cores for power generators in power plants, electrical products, motor vehicles, and even in vibration motors of mobile phones.

Recommended:
Exchange prices for gas in Ukraine exceeded 1,400 dollars per thousand cubic meters
Poland's largest coal exporter plans to invest in the steel industry
DTEK, the first industrial energy storage system in Ukraine, has been certified by NEC Ukrenergo
On this topic
Toyota more than doubles earnings forecast amid rebounding sales in China
Korean auto makers will switch to hydrogen engines with help from Chinese steelmakers
Profit of the largest manufacturer of steel in China fell by 43.6 percent
Tokyo Steel for the first six months reduces the price of steel because of the pandemic
In Nissan have announced falling sales in Europe and Russia by 20%
A new lawsuit for "Gazprom": what does "Naftogaz" in the Stockholm arbitration?
Partner news
Сomments
Add a comment
Сomments (0)
News Analytics
Metinvest to provide oxygen to hospitals in Kiev and Kharkiv region23-10-2021, 14:09
DTEK agreed to supply an additional consignment of coal from the USA23-10-2021, 13:37
Oil and gas industry in Russia requires permission to mine cryptocurrency23-10-2021, 12:32
Ukraine hit the Russian ruble23-10-2021, 12:31
Dnipro Metallurgical Plant will remove the unpleasant smell of coke-chemical22-10-2021, 12:02
Global platinum production to grow by 22% in 202120-10-2021, 16:32
In Europe, the stainless steel market unexpectedly "sank" - MEPS30-09-2021, 12:08
Oil prices to surpass $ 90 by year end due to shortages - Goldman Sachs27-09-2021, 10:58
Moody's changes its outlook for the mining and metals industry from "positive"14-09-2021, 18:39
European steel prices decline from summer highs and remain stable high04-09-2021, 10:38
Sign in with: