Indian steelmakers saw a sharp drop in profits in July-September as prices fell due to a slowdown in global demand, and export duties on some steel products further slowed shipments. 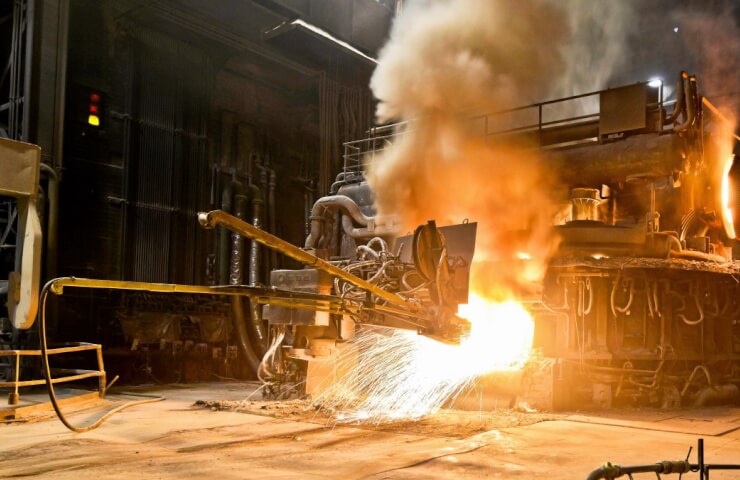 According to a senior government official, India's Ministry of Commerce intends to expand an export support scheme to offset some local fees for domestic steelmakers as the industry suffers from a sharp drop in sales.

Duty and Tax Relief Scheme on export products (RoDTEP) offers refunds of various embedded taxes to exporters from various sectors, such as automobiles and agricultural products, while the export of steel is not currently within its purview.

Exports of finished steel from the second largest in world crude steelmaker has more than halved in the first seven months of the fiscal year that began in April.

Fees, duties and taxes that are not part of GST could add 8-12% to steel industry costs, says Alok Sahay, Secretary General and Executive Head of the Indian Steel Association.

“The steel industry needs a RoDTEP to offset these built-in industry costs at parity with other exporting countries,” he said.

However, the Commerce Department has also had to contend with competing proposals that offer production-related incentives , for domestic manufacturers who require federal financial support, the official said.

Last year, a scheme linked to the production of specialized products such as coated steel, high-strength steel and electrical steel was launched to stimulate domestic production.

Indian steelmakers experienced a sharp drop in profits in July-September as prices fell due to a slowdown in global demand, and export duties on some steel products further slowed shipments.

In May New Delhi raised export duties by 15% on eight steel brokers, hurting producers who had hoped to increase to gain a share in the world market after Russia fell under sanctions after the start of its special operation in Ukraine.