New steel plant in Northern China will produce 400 thousand tonnes of copper annually, which could affect global prices of the metal. 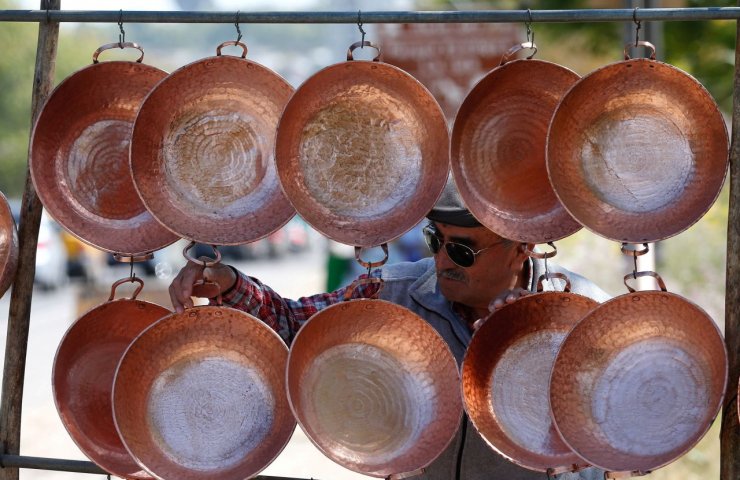 Daye Nonferrous Metals, one of the largest copper producers in China, began construction of a new smelter capacity of 400,000 tons per year in the city of Huangshi, Hubei province, according to a senior employee of the company during the conference of Asia Copper Week in Shanghai on November 20.

the Plant is scheduled to be commissioned in the first half of 2021, the official said.

Its full operation will raise the capacity of Daye Nonferrous Metals up to 1 million tons per year, which corresponds to the capacity of Jiangxi Copper, the other big companies for the production of copper in China.

International rating Agency Fitch Ratings in early November lowered its forecast for copper prices due to the deterioration of international trade and of demand from the automotive industry.

According to analysts, the price of copper on the London metal exchange (LME) this year, the average would be $ 6,000, not 6 $ 400 per tonne, as expected in the spring.

In the long term, Fitch Ratings predicts a steady increase of copper prices up to $ 7,000 per ton.

Финансовая аналитика, прогнозы цен на сталь, железную руду, уголь и другие сырьевые товары. More news and analytics on Metallurgprom telegram channel - subscribe to get up-to-date market information and price forecasts faster than others.
Сomments
Add a comment
Сomments (0)
On this topic
Korean auto makers will switch to hydrogen engines with help from Chinese steelmakers
USA slapped sanctions on steel industry of Iran
Copper rises in price on exchanges after the resumption of the work of the US Congress
Copper prices reached 8-week high on growing demand in China
For the first time, electric transport has become more cost-effective than with internal combustion
China's largest steel producer to become even larger and number one in the world in terms of
Recommended:
ArcelorMittal raises European steel prices on rising energy prices
China production cuts in winter will give limited boost to steel markets - Platts
Nigeria to pay half a billion dollars to the Mittal family in compensation for selected concessions
News Analytics
EU plans additional sanctions against Russian metallurgy27-09-2022, 10:34
The European Commission has approved 5.2 billion euros of state support for27-09-2022, 10:43
China's leading industrial profits fall 2.1% in first 8 months27-09-2022, 10:20
Moody's changed the outlook for the global mining industry to26-09-2022, 19:04
Russia may increase taxation of oil, gas, coal and fertilizers26-09-2022, 15:58
China production cuts in winter will give limited boost to steel markets -15-09-2022, 10:09
Steel prices may rise as manufacturers stop production11-09-2022, 14:06
IREPAS: The global long products market is in a "dramatic situation"10-09-2022, 20:49
Steel prices are unlikely to rise significantly in the near future - analysts02-09-2022, 22:58
Steel prices may move up on new data from China31-08-2022, 12:19
Sign in with: