compared to fossil energy, which seriously pollute the environment, space solar power is a highly efficient, long lasting and clean source of energy. 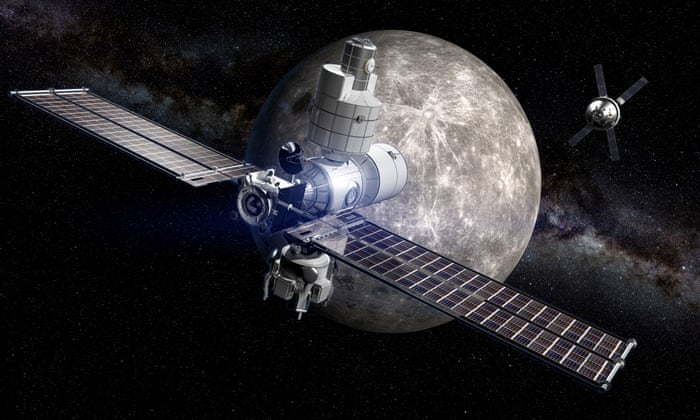 China plans to build a space solar power station with capacity of 200 tons MW by 2035. It is reported by the China daily Renmin Ribao.

"With the support of the competent departments, China is already conducting research in the field of construction of solar power plants in space for over 10 years, greatly reducing the gap with the countries with advanced international level in this field, becoming one of the leading countries", - said researcher of the Chinese Corporation of space science and technology (China Aerospace Science and Technology Corporation) Li Min.

Space solar power plant will capture solar energy, which never gets on the planet, said researcher Chinese Academy of space technology Wang Li at the sixth Sino-Russian engineering technology forum held last week in Xiamen. This energy is converted to microwave or laser irradiation, and then sent back wirelessly to the surface of the Earth for human consumption, he continued.

"We look forward to strengthening international cooperation and making scientific and technological breakthroughs that mankind could as soon as possible to realize the dream of unlimited clean energy," said Wang Li.

compared with traditional fossil energy sources that are more depleted and are responsible for serious environmental problems, space solar power is more efficient and sustainable, offering a reliable solution for power supply of satellites, the disaster-affected areas or remote areas on Earth, said Wang Li.

the Concept of collecting solar power in space has been popularized by science fiction writer Isaac Asimov in 1941. American aerospace engineer Peter Glaser in 1968, wrote an official proposal for the creation of power in space.

China has offered various solutions to collect solar light and made a number of important breakthroughs in the field of wireless energy transmission once in 2008 in the country's space solar power plant has been included as a key research programs.

China is building a test facility in the district of Bishan of Chongqing to explore a powerful the wireless transmission of energy and its impact on the environment. The amount of the planned investment in the project amounts to 200 million yuan (approximately 28,4 million).

Researchers in this area will stimulate space science and innovation countries in emerging industries, such as commercial space transportation, said Wang Li.

the Construction of solar power plant in space faces serious technical challenges: weight and size of the space solar power should be larger than any existing space equipment; it is called the "Manhattan project" in the space and energy in a new time.