Turkey will buy engines for heavy attack helicopters in Ukraine 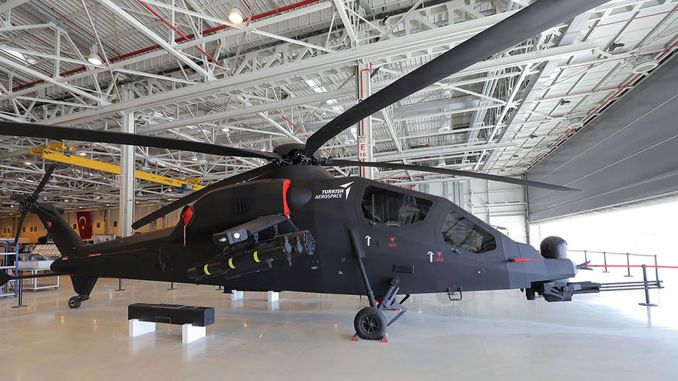 We have signed an agreement with Motor Sich to supply 14 engines for Multirole Heavy Combat Helicopter.?? # TurkishAerospace pic.twitter.com/b6UHX7erLN

“We have signed an agreement with Motor Sich to supply 14 engines for a multifunctional heavy attack helicopter,” Turkish Aerospace said on Twitter. The amount of the contract and the date of its completion are not indicated.

In accordance with the agreement between Turkish Aerospace Industries and Motor Sich, the first deliveries of engines for the Heavy Class attack helicopter are scheduled for September 2022.

Let us remind you that last week the Antonov SE ordered four D-436-148FM aircraft engines from Motor Sich for the An-178 for 414.9 million hryvnias. Motor Sich should deliver the first two engines by December 31, 2021. The other two are scheduled for October 2022.

Motor Sich PJSC is one of the world's largest manufacturers of engines for aviation equipment, as well as industrial gas turbine units. It supplies products to more than 100 countries around the world. In January-September 2020, the enterprise received UAH 930.2 million in net profit.

Turkey in January-May 2021 entered the top three countries where Ukraine exported its goods the most, according to the data of the State Customs Service.

Финансовая аналитика, прогнозы цен на сталь, железную руду, уголь и другие сырьевые товары. More news and analytics on Metallurgprom telegram channel - subscribe to get up-to-date market information and price forecasts faster than others.
Сomments
Add a comment
Сomments (0)
On this topic
Rolls-Royce lost 90 million euros on the sale of the Bergen Engines plant, but did not give it to
Max Polyakov's Firefly Aerospace plans two launches of the Alpha space rocket in 2021
The imposition of sanctions against Chinese investors in Motor Sich came as a surprise to
The operator of the gas transport system of Ukraine has concluded agreements with all connecting
Yuzhmash told whether it is possible to launch reusable rockets from the Black Sea
Korean auto makers will switch to hydrogen engines with help from Chinese steelmakers
Recommended:
The former president of Motor Sich was accused of aiding terrorists
World steel production in December 2022 collapsed by 10%
European steel price rise that began in January will be short-lived - MEPS
News Analytics
Eurofer expects EU steel demand to fall 4.6% in 2022 and 1.6% in 202305-02-2023, 13:31
EU Green Deal should encourage investment in mild steel projects: Eurofer02-02-2023, 16:32
Belarusian steel plant to operate at full capacity from February02-02-2023, 16:56
British Steel considers cutting up to 1,200 jobs at Scunthorpe02-02-2023, 11:50
Electric vehicles will play a key role in US aluminum production growth - Norsk01-02-2023, 12:17
European stainless steel producers ready to raise prices31-01-2023, 16:16
S&P: Russia will continue to dominate the steel export market in the Black05-01-2023, 11:22
Fitch Analysts Predict Big Drop in Global Steel Consumption This Year14-12-2022, 13:59
Analysts predict 5% annual growth in the iron casting market through 203006-12-2022, 12:44
Commodity prices will fall, metals quotes will rise slightly - Focus Economics28-11-2022, 13:28
Sign in with: