Iran's President Hassan Rouhani announced the discovery of large oil deposits with the alleged supply of 53 billion barrels in the southwestern province of Khuzestan. 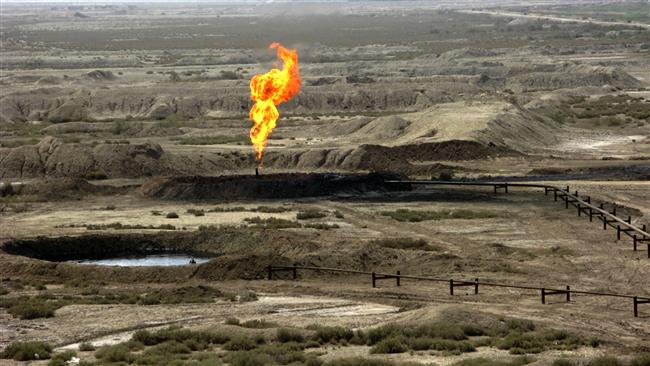 Director of exploration of National Iranian oil company (NIOC) said that the expected opening of a new giant oil field in southwest Iran, and its discovery will be completed by 1398 the end of the current Iranian calendar year (March 2020).

"We expect the opening of new oil fields will become apparent by the end of the year, we will be able to bring good news to the people," said Saleh Hendi in an interview with the Tasnim news Agency.

According to officials, potential field, very similar to the recently discovered field Namavar, can be placed between the fields of AB-Teymur and Seper.

Hendi also said that this field is completely new and is not part of the already discovered fields or reservoirs.

back in November, Iranian President Hassan Rouhani announced the discovery of large oil deposits with the alleged supply of 53 billion barrels in the southwestern province of Khuzestan.

Later, the Minister of oil of Iran Bijan Namdar Zanganeh informed the press about the details of a recently discovered reservoir at the opening ceremony in Tehran.

According to Zanganeh, the reservoir is called Namvaran was the second largest discovery of oil reserves in the history of Iran's oil industry.

Nonavalanche reservoir covers 2,400 square kilometers and is at a depth of about 3.1 kilometers, and the thickness of the oil reservoirs is estimated at about 80 meters, the official said.

Territory, which covers the oil reservoir, and includes some already discovered oil fields, such as Darkhovin, Jafar, Seper, Mansuri, Susangerd and AB-Teymur, with total reserves of nearly 31 billion barrels of oil, so the new discovery, in fact, added almost 22 billion barrels to the country's oil reserves, he said.

Recommended:
Pandemic COVID-19 has caused a surge in the smuggling of counterfeit medicines and products
Metinvest announced the final stage of negotiations on the loan of 62 million euros
In may, Ukraine produced a total of 126 new cars
On this topic
The members of the Majlis of Iran resigned after a rise in gasoline prices
Iran plans to capture 20% of the copper market in Turkey
The leader of Iran has accused the enemies of the Republic in protest against rising gasoline prices
The head of the Ukrainian chamber of Commerce announced that China became a leader of the open
Экспорт иранской стали в годовом сравнении увеличился на 37 процентов
Южнокорейские металлурги жалуются на рост экологической нагрузки
Add a comment
Сomments (0)
News Analytics
Илон Маск позвонил семье академика Королева11-07-2020, 10:31
Иран намерен развивать свою нефтяную промышленность, несмотря на санкции США11-07-2020, 09:52
Ukraine has lost about 20% of export proceeds from trade in ferrous metals11-07-2020, 08:51
DTEK joined the European initiative on transition to hydrogen fuel11-07-2020, 08:05
Ministry of energy of Ukraine announced the resumption of the work of11-07-2020, 08:06
Steel prices in southern Europe are rising, despite weak demand23-06-2020, 10:54
Analysts expect strong demand growth for steel in China10-06-2020, 11:57
Global steel consumption in 2020 will be reduced by 6.4% - Worldsteel04-06-2020, 13:53
American steelmakers are faced with an unexpected problem associated with the14-05-2020, 09:09
Relying on the incentives, Chinese steelmakers increase production30-04-2020, 10:20
Sign in with: