Iran plans to lift the quarantine for companies with "low-risk" on April 11,

the Iranian President said that economic activities with low risk will resume from 11 April, amid rising deaths from coronavirus. 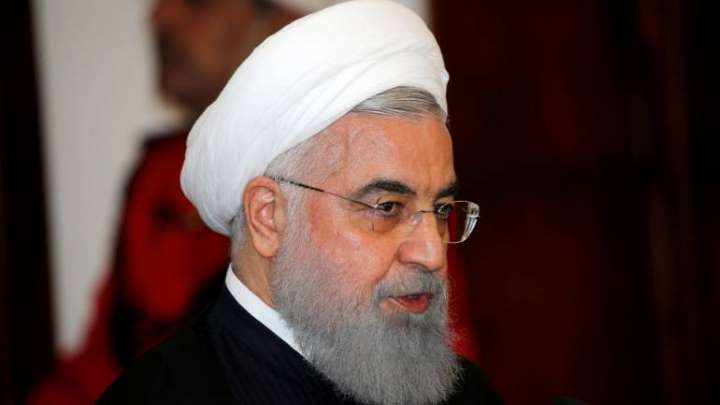 Iran's President Hassan Rouhani said on Sunday that the Islamic Republic will resume its economic activities with the "low-risk" since April 11. Iran is currently the most affected country from COVID-19, but Tehran is concerned that measures to limit public life to contain the virus can completely destroy the already affected by sanctions the economy.

"Under the supervision of the Ministry of health to all these kinds of economic activities with low risk will resume Saturday across the country, in addition to Tehran," Rouhani said. "Two-thirds of all Iranian government employees will work out of the office from Saturday ... This decision is not contrary to the recommendations of public health authorities to stay home."

Rouhani did not specify what he meant under operation with low level of risk. The President of Iran has called the virus an "enemy conspiracy" to intimidate the Iranians and to experience life in the country.

on Saturday, the Ministry of health said that the death toll in the Islamic Republic reached 3 452 people out of the total 55 743 infected. The death rate continues to rise and increased during the day, at least 100 people.

Iran called on the international community to lift sanctions and asks for a stabilization loan of 5 billion dollars from the International monetary Fund.

Earlier it was reported that for the first two months 2020 steel industry, Iran produced 5.6 million tons of steel. According to the world steel Association, the volume of Iran's steel production in February grew by 34.3% compared to the same period last year and made up 2.71 million tons. Togas February 2020, Iran is the ninth country in the world in terms of production of steel and steel products.

Recommended:
The United Arab Emirates has banned the export of scrap metal from the country from may 15
AvtoKrAZ has received permission for export and import of military products
At the plant "Azovstal" killed master Converter shop
On this topic
Opens in Tehran second Iranian national festival
USA slapped sanctions on steel industry of Iran
Iran has opened a new giant oil field
The leader of Iran has accused the enemies of the Republic in protest against rising gasoline prices
Япония и Южная Корея рассорились окончательно
Сталелитейный сектор Китая может рассчитывать только на сектор недвижимости
Add a comment
Сomments (0)
News Analytics
Corum Group of Rinat Akhmetov and the Czech investment company signed a05-06-2020, 12:53
The coalition "enough is Enough grass Krivoy Rog" visited ArcelorMittal checking05-06-2020, 11:57
Reuters: US will punish all those involved in the construction of "Nord stream04-06-2020, 13:39
The Dnieper metallurgical plant launched blast furnace No. 204-06-2020, 12:41
The South Korean Prosecutor's office demands to arrest the Vice-President of04-06-2020, 11:06
Global steel consumption in 2020 will be reduced by 6.4% - Worldsteel04-06-2020, 13:53
American steelmakers are faced with an unexpected problem associated with the14-05-2020, 09:09
Relying on the incentives, Chinese steelmakers increase production30-04-2020, 10:20
The rapid recovery of the steel market in China leads to a drop in iron ore22-04-2020, 13:11
Platts: steel Market of China will not be able to recover until the second half20-04-2020, 12:25