Chinese bankers are concerned about the unpredictability of further development of relations between Beijing and Washington and are developing plans to protect the financial market. 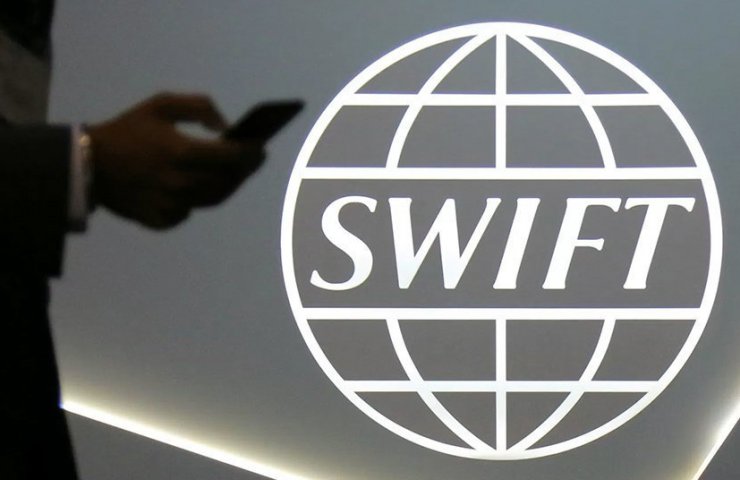 China's state-owned banks are developing contingency plans in US-China relations and, in particular, the transfer of their international payments to the Cross-Border Interbank Payment System (CIPS) instead of the SWIFT system.

“For the past three years, in dealing with the current US president, China has resisted protectionism and trade wars. But as a protective measure, Beijing today is forced to prepare for the risk of being cut off from settlements in US dollars, ”the Chinese news agency China Daily writes today.

In 2015, China launched the CIPS clearing and settlement services system to help internationalize the use of the yuan. CIPS, controlled by the central bank in Beijing, reported that in 2019 it handled 135.7 billion yuan (roughly US $ 19.4 billion) per day, involving 96 countries and regions.

Beijing said that if the United States takes extreme measures to restrict some Chinese banks' access to dollar settlements, China should also consider ending using the US dollar as its primary currency for foreign exchange controls.

“Today, the biggest threat to dollar-denominated global infrastructure is not China, Russia or the European Union, but the current US administration. Unilateral use of the international payment system is accelerating the path to the dollar crisis, ”notes author Dan Steinbock.

The Chinese banking community also recommended that Beijing develop legislation similar to the blocking statute of the European Union, which allowed the EU to maintain trade and economic relations with Iran, despite US sanctions.

In 2015, the BRICS New Development Bank offered to finance 50 percent of projects in local currency. Recently, several countries and groups of countries, including China and Russia, have advocated alternative payment systems parallel to SWIFT as a protective measure.

Recommended:
Tesla sets up data center in China to store information locally
Ukrainian metallurgists began to actively use hedging of currency risks
The owner of "Zaporozhkran" received an order for a gantry crane from the US Navy
On this topic
Stock exchange steel prices in China rose slightly on optimism of bidders
Russia plans to turn off their SWIFT
China's steel sector can only rely on the real estate sector
China's steel production growth surprised analysts
Profits of Chinese industrial companies grew by 13.9 percent in March
China's steel industry profit surges 40 percent
Add a comment
Сomments (0)
News Analytics
Metinvest's Italian contractors reveal details of the investment project in16-06-2021, 23:01
Energoatom approved Electrotyazhmash as a supplier of turbine generators for16-06-2021, 14:57
Representatives of Ukraine and Germany discussed the prospects for cooperation16-06-2021, 10:49
Vestas and DTEK RES signed an agreement for the supply of wind turbines for the16-06-2021, 10:45
SSAB agrees with Volvo to supply and refine HYBRIT decarbonized steel16-06-2021, 10:40
Vaccinations fuel demand for platinum - World Platinum Investment Council08-06-2021, 12:55
Sharp price growth continues in the rolled metal market - Ukrpromvneshexpertiza08-06-2021, 11:04
Analysts note overheating of the global scrap metal market01-06-2021, 13:28
Hydrogen-fueled steelmaking could be competitive after 2050 - McKinsey19-05-2021, 14:22
Steel raw material prices are skyrocketing across the board18-05-2021, 12:34
Sign in with: