Nissan is exploring the possibility of selling 34% of Mitsubishi Motors: Bloomberg

Rumors about the disintegration of the Renault-Nissan-Mitsubishi alliance appear with enviable regularity, but have never been more true. 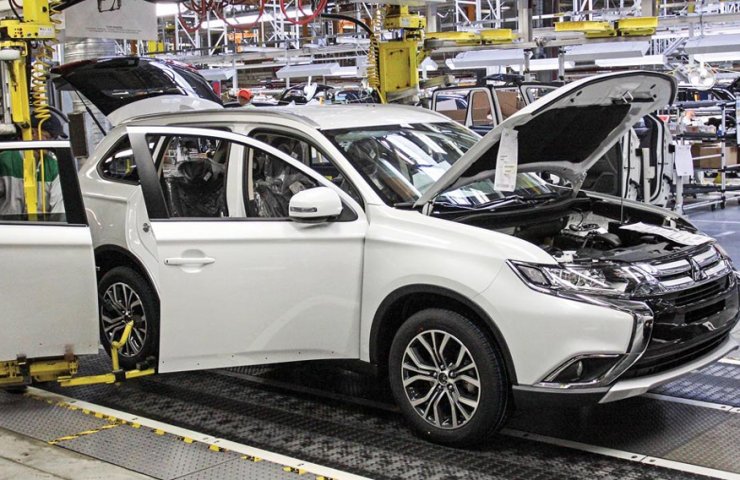 Nissan may sell its stake in Mitsubishi Motors in an attempt to recover from the recession caused by the pandemic, Bloomberg reports.

Such a deal would fundamentally change the trilateral partnership built by Carlos Ghosn, the former chairman of the alliance, who was arrested in 2018 on charges of financial fraud.

Ghosn wanted a complete merger between Renault and Nissan, which Reuters sources said was delayed as the companies decided to refinance the troubled alliance. However, the pandemic has exacerbated the problems and made recovery difficult.

Nissan, which is 43% owned by Renault, cut its forecast for operating losses for the year to March by 28% last week, boosted by recovery in demand, especially in China. Mitsubishi Motors, Japan's No. 6 auto maker, expects an operating loss of 140 billion yen for the fiscal year.

Both companies are cutting production and costs to return to profitability.

Nissan shares rose 5% on news of the sale of shares. Mitsubishi Motors shares are up 3%.

Both companies declined to comment on the Bloomberg post and announced further joint activities within the existing alliance.

Renault-Nissan-Mitsubishi Alliance is a strategic Franco-Japanese partnership in the field of mechanical engineering development. Formed in October 2016.

Recommended:
Chinese Mars probe "Tianwen 1" completes fourth orbital correction
The government of Ukraine approved the National Economic Strategy until 2030
Australian schoolchildren file class action lawsuit in Melbourne court against coal company
On this topic
Reuters: Nissan refuses to Fund the venture with Renault trying to cut costs
Renault and Nissan said that the Alliance is not going to collapse
Future Nissan is a big question, says Carlos Ghosn
Interpol requires to arrest of Lebanon's former head of Nissan Carlos Ghosn
The former head of Nissan Carlos Ghosn has escaped from custody
France agrees to cut its stake in Renault to support Nissan deal
Add a comment
Сomments (0)
News Analytics
Siemens Energy promised Deutsche Welle to closely monitor democracy in Belarus06-03-2021, 10:32
US and EU suspend the collection of duties that were imposed against each other05-03-2021, 22:48
Turboatom and Electrotyazhmash discussed prospects for cooperation under05-03-2021, 19:04
DMZ Yaroslavsky in February almost doubled the production of rolled products05-03-2021, 18:19
Sanjeev Gupta Metallurgical Alliance Stops Paying Greensill Loans05-03-2021, 18:18
Spread between raw materials and high strength alloy steel in Europe increased01-03-2021, 20:21
Increase in prices is forecasted in the markets of steel raw materials -26-02-2021, 09:25
Troy ounce of gold will drop $ 500 in two years - Fitch25-02-2021, 18:29
Global iron ore production growth to outstrip cumulative production in India23-02-2021, 10:22
Fitch Ratings Warns of “Shocking Impact” on Fossil Fuel Exporters18-02-2021, 14:44
Sign in with: