China to continue “drastic cuts” in steel production in 2021

Overproduction of steel in China caused a serious drop in steel prices in 2018, causing the closure of steel mills and job losses worldwide. 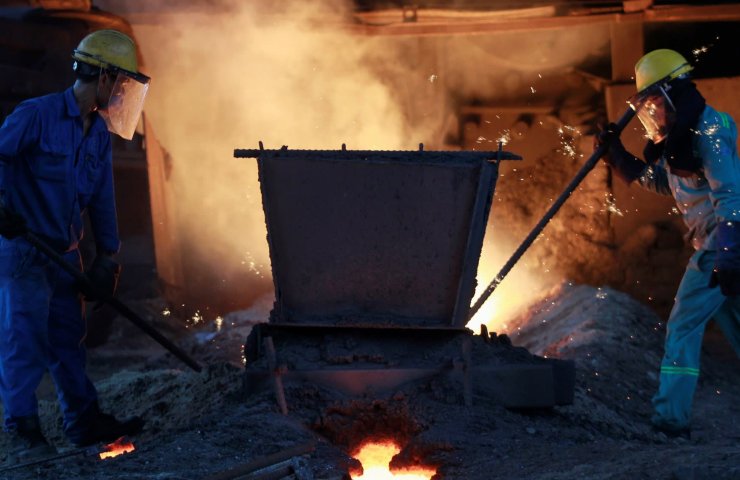 China will "decisively reduce" steel production capacity and provide a comparable decrease in its production in 2021, said the Minister of Industry and Informatization of the People's Republic of China Xiao Yaqing at a departmental workshop on Tuesday.

The official noted that efforts will be made in the country next year to promote low-carbon industrial development and green production.

China previously announced a commitment to peak carbon emissions by 2030 and carbon neutrality by 2060.

During the 13th five-year plan (2016-2020), China fulfilled ahead of schedule the task of reducing steel production capacity by 150 million tons. Energy consumption per unit of production of the country's leading industrial enterprises has also significantly decreased.

Recommended:
Mariupol metallurgists continue environmental modernization despite the pandemic
YUZHMASH expects the adoption of the new space program of Ukraine in the near future
Rivne NPP shut down power unit No. 1
On this topic
China plans to build 600,000 more 5G base stations in 2021
China plans to become carbon neutral through science
Three Chinese provinces freeze due to power shortages
World's largest steel company will be carbon neutral by 2050
Worldsteel: steel consumption worldwide, excluding China, will grow by only 0.2%
World steel production in 2018 increased by 4.6%
Add a comment
Сomments (0)
News Analytics
The price bubble in the US steel market has inflated to its maximum - the only27-01-2021, 10:00
Global steel production down 0.9% in 2020 - World Steel Association27-01-2021, 09:59
Interpipe fully repaid Eurobonds debt27-01-2021, 09:49
EVRAZ considers potential spin-off of coal business27-01-2021, 09:46
China to accelerate development of all-weather batteries for electric vehicles27-01-2021, 09:44
China will overtake the United States to become the world's largest economy in27-12-2020, 12:04
The shortage in the US steel market will last at least until the end of the25-12-2020, 11:36
Steel production in China to surpass one billion tons this year23-12-2020, 10:59
Iron ore prices hit seven-year high and continue to rise15-12-2020, 10:26
Prices for metallurgical raw materials continue to rise in regional markets10-12-2020, 11:32
Sign in with: