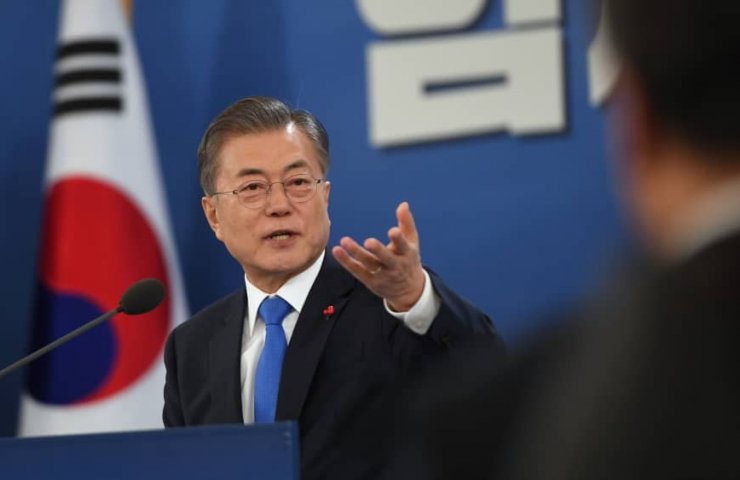 In his first public address on Japan's restrictions on exports to South Korea, Moon said Monday that the "vicious circle" of neighboring countries, two important US allies, should be avoided by both.

Japan has tightened restrictions on the export of high-tech materials to South Korea over a dispute over compensation for wartime forced labor.

A row between US allies erupted in October last year when the South Korean Supreme Court ruled that Japan's Nippon Steel should compensate South Koreans for forced labor during World War II.

Japan claims that forced labor was completely resolved in 1965, when the two countries re-established diplomatic ties, and condemned the South Korean court ruling as “unthinkable.”

According to President Moon, South Korea cannot rule out countermeasures if Japan's actions hurt South Korean companies, although he said he did not want to witness this development.

However, South Korea plans to file a complaint with the World Trade Organization regarding Japan's restrictions.

South Korea is experiencing a chronic trade deficit with Japan as South Korean industries rely on Japan for key supplies and equipment.

The forced labor compensation dispute is an old source of tensions, torpedoed by South Korea's regular reminders of the Japanese occupation of the Korean Peninsula in 1910-1945.