The slowdown in economic growth in China, exacerbated by a trade dispute with the United States, weakened a buoyant demand for stainless steel in a market that could previously absorb supply. 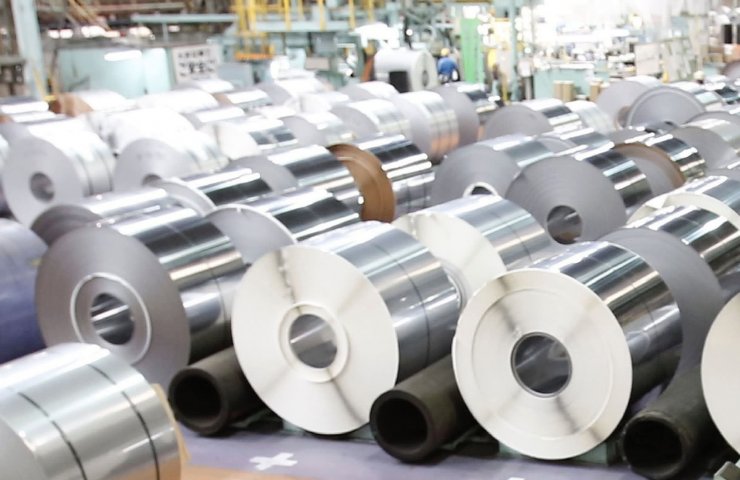 Coiled stainless steel is currently selling in Hong Kong at around $ 2,000 per tonne, up 5 percent from January. The base price has dropped 20 percent from last summer to early this year, reflecting concerns about the trade war.

The pullback is due to higher prices for chrome and nickel, which make the steel resistant to corrosion. But trading houses and other market watchers believe that price increases will be limited by disruption-related effects, where surplus in one location disrupts supply and demand elsewhere.

An official of a Japanese stainless steel trading house is most concerned about China, the world's largest producer of the material. The slowdown in economic growth in China, exacerbated by a trade dispute with the United States, weakened a buoyant demand for stainless steel in a market that could previously absorb supply.

Some of the surplus in China is reportedly exported to Southeast Asia, South Korea and Japan. Meanwhile, at the end of March, the Chinese authorities made a preliminary decision to introduce anti-dumping duties on hot-rolled stainless steel from other countries, including Japan.

" China's oversupply of steel may have narrowed China's ability to accept imports ," a trade house official said about the anti-dumping decision.

Stainless steel has a wide range of uses including kitchen tools, household appliances, and industrial equipment. Prices tend to reflect supply and demand trends and other market changes more than conventional steel because the market is smaller.

Market participants are also concerned about Indonesia, where China's Tsingshan Holding Group, the world's largest stainless steel producer, began production in 2016. Since then, Tsingshan has strengthened its manufacturing and exporting capacity in Southeast Asia country. Products from the group's Indonesian plant are exported to South Korea and other countries.

Opportunities for exports to the United States are limited as Washington imposed a quota on steel imports in South Korea. Therefore, Korean stainless steel products were sent to Japan and other markets.

Japan's imports increased 7 percent over the same period last year, to 222,159 tons. An increase in imports and an increase in domestic stocks led to a decrease in prices in the secondary market in Japan last November for the first time in two years and 10 months.

China is seeing glimpses of change, and demand for them appears to be on the rise since the Chinese New Year in February. But concerns about side effects persist because, according to a Japanese trader, demand in China is still “lacking energy.”

Supply and demand in Japan itself is a problem. Industries such as construction and automobiles have a constant appetite for stainless steel, but orders have stagnated when it comes to semiconductor manufacturing equipment, machine tools, and other sectors that rely on exports to China.

The head of the trading house said that manufacturers, facing higher prices for materials such as nickel, are raising shipping prices, raising expectations for future price increases. But market prices are expected to remain flat as the gains are offset by bearish factors such as increased inventories and declining demand, the chief executive said.

Финансовая аналитика, прогнозы цен на сталь, железную руду, уголь и другие сырьевые товары. More news and analytics on Metallurgprom telegram channel - subscribe to get up-to-date market information and price forecasts faster than others.
Сomments
Add a comment
Сomments (0)
On this topic
Metallurgical market trends - 2020
The world market for rare earth metals will grow by 10.4% per year
Asia calculates losses from China-US trade war
Steel production at record levels. What's next?
China's steel sector can only rely on the real estate sector
Asia faces an influx of Chinese steel due to Washington's actions
Recommended:
Mining enterprises of Ukraine reduced the export of iron ore by 38.9%
The abolition of export duty in India may reduce the price of Turkish steel
JSPL steel mill manager stoned to death
News Analytics
China's iron ore output to rise in 2023 as new projects are launched30-11-2022, 18:10
"Centravis" agreed to supply a new batch of seamless pipes to a30-11-2022, 16:51
Metinvest enterprises in Ukraine resumed work after massive shelling of29-11-2022, 11:59
The European Council added the violation of restrictive measures (sanctions) to28-11-2022, 14:22
The abolition of export duty in India may reduce the price of Turkish steel28-11-2022, 14:07
Commodity prices will fall, metals quotes will rise slightly - Focus Economics28-11-2022, 13:28
Platinum market to face shortage next year - WPIC22-11-2022, 18:25
Global steel demand falls and will fall by 2.3% in 2022: WorldSteel19-10-2022, 23:12
Iron ore prices fall to 11-month low15-10-2022, 10:36
China production cuts in winter will give limited boost to steel markets -15-09-2022, 10:09
Sign in with: