China Industrial Profits Up 137% In Q1

At the beginning of the year, China saw a steady increase in the profits of industrial enterprises. 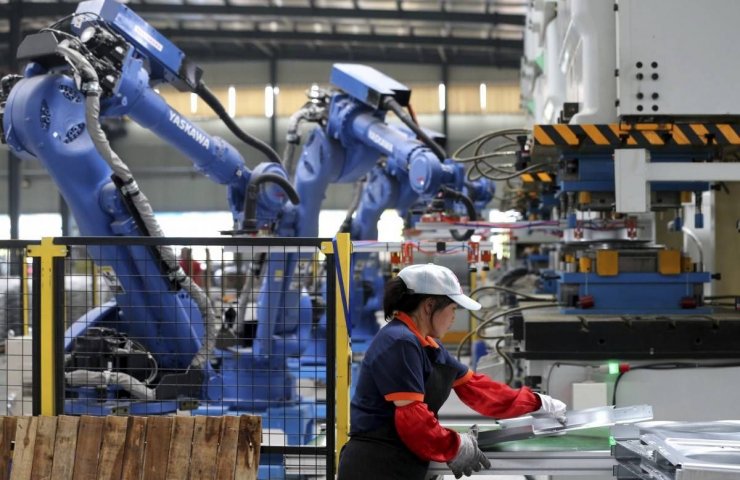 In January-March 2021, large industrial enterprises in China, i.e., industrial enterprises with an annual turnover of 20 million yuan (over US $ 3 million) and above each, made profits totaling 1.83 trillion yuan. which is 137% more than in the same period last year. This is the latest data released on Tuesday by the State Statistical Office of the PRC.

In March alone, the profits of these enterprises increased by 92.3% compared to the same month last year and reached 711.18 billion yuan, according to data from the Chinese State Statistics Service.

According to the senior statistician of the State Statistical Office Zhu Hong, the steady growth of the above indicators was made possible by the prolonged recovery of the Chinese economy, as well as the rapid growth of production and sales of industrial products.

According to statistics, in January-March this year, the added value of large industrial enterprises in China increased by 24.5% on an annualized basis, and their income from product sales - by 38.7%.

Финансовая аналитика, прогнозы цен на сталь, железную руду, уголь и другие сырьевые товары. More news and analytics on Metallurgprom telegram channel - subscribe to get up-to-date market information and price forecasts faster than others.
Сomments
Add a comment
Сomments (0)
On this topic
Industrial production in China grew by 15.9% in the first half of 2021
China's foreign trade turnover grew by 29.2% in the first quarter of 2021
The profitability of the Chinese industry declined by 4 percent
Industrial production in China increased by 5.3% in August 2021
China's industrial production in January-February 2021 grew by 35.1%
China's machinery industry posted double-digit growth in January-August 2021
Recommended:
China to halve ferroalloy production due to weak demand
Volvo starts deliveries of electric trucks made of fossil-free steel
The European Union has sharply increased purchases of Russian titanium
News Analytics
China's iron ore output to rise in 2023 as new projects are launched30-11-2022, 18:10
"Centravis" agreed to supply a new batch of seamless pipes to a30-11-2022, 16:51
Metinvest enterprises in Ukraine resumed work after massive shelling of29-11-2022, 11:59
The European Council added the violation of restrictive measures (sanctions) to28-11-2022, 14:22
The abolition of export duty in India may reduce the price of Turkish steel28-11-2022, 14:07
Commodity prices will fall, metals quotes will rise slightly - Focus Economics28-11-2022, 13:28
Platinum market to face shortage next year - WPIC22-11-2022, 18:25
Global steel demand falls and will fall by 2.3% in 2022: WorldSteel19-10-2022, 23:12
Iron ore prices fall to 11-month low15-10-2022, 10:36
China production cuts in winter will give limited boost to steel markets -15-09-2022, 10:09
Sign in with: