Investors believe that the world's largest automaker is more successful than others in coping with the shortage of microcircuits. 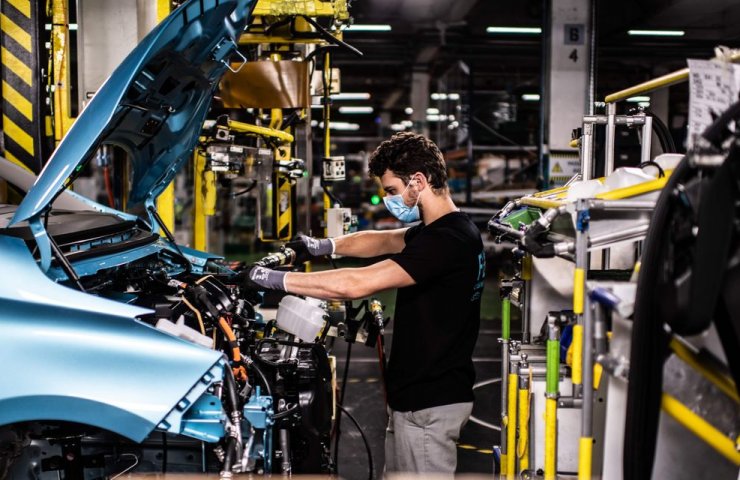 Shares of Toyota Motor surpassed a 2015 price record on Tuesday, surging another 2.3% to a record high of 8,850 yen (roughly $ 81) amid growing investor confidence in the Japanese automaker's ability to cope better than its own in the global chip shortage. competitors.

Toyota, the leading Japanese company by market capitalization and the world's largest automaker, has handled chip shortages better than many of its competitors and is forecasting a return to pre-pandemic profit levels this year.

The rally in Toyota has helped lift shares in other automakers, which have come under pressure from competition from EV makers and chip shortages.

Volkswagen shares are up nearly 40% this year, while Stellantis is up 28%.

Recommended:
Dnipro Steel Works in May exceeded the plan for the production of rolled metal by 10%
Ukrainian officials discussed the possibility of cooperation with the Netherlands on hydrogen
Rolls-Royce opens world's largest aircraft engine test facility
On this topic
Honda announced the start of mass production of autonomous cars of the third level
Nissan will cut 20 thousand jobs worldwide
Nissan cuts car production in Japan
Nissan has reduced its profit forecast amid falling sales
Future Nissan is a big question, says Carlos Ghosn
In Nissan have announced falling sales in Europe and Russia by 20%
Add a comment
Сomments (0)
News Analytics
Итальянские подрядчики Метинвеста раскрыли подробности инвестиционного проекта16-06-2021, 23:01
Energoatom approved Electrotyazhmash as a supplier of turbine generators for16-06-2021, 14:57
Representatives of Ukraine and Germany discussed the prospects for cooperation16-06-2021, 10:49
Vestas and DTEK RES signed an agreement for the supply of wind turbines for the16-06-2021, 10:45
SSAB agrees with Volvo to supply and refine HYBRIT decarbonized steel16-06-2021, 10:40
Vaccinations fuel demand for platinum - World Platinum Investment Council08-06-2021, 12:55
Sharp price growth continues in the rolled metal market - Ukrpromvneshexpertiza08-06-2021, 11:04
Analysts note overheating of the global scrap metal market01-06-2021, 13:28
Hydrogen-fueled steelmaking could be competitive after 2050 - McKinsey19-05-2021, 14:22
Steel raw material prices are skyrocketing across the board18-05-2021, 12:34
Sign in with: