For the first time in China, 500-meter rails were laid in automatic mode (Video)

At the construction site of the Zhangjiajie-Jishou-Huaihua high-speed railway, the first smart machine developed in China for the laying of ballastless rails has been successfully applied. 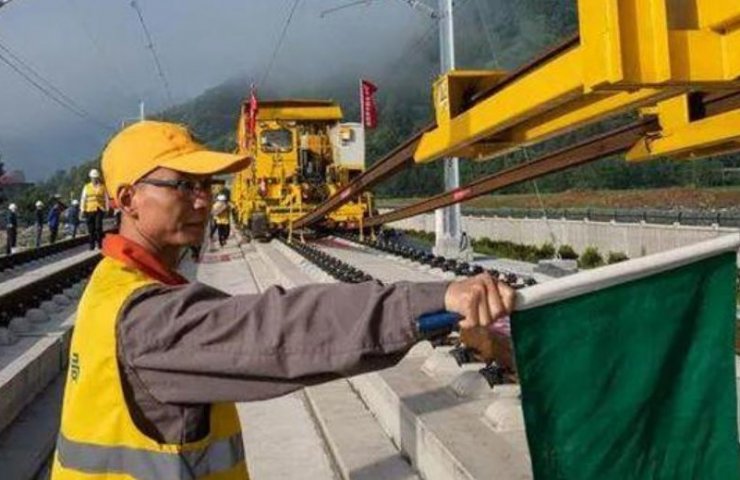 In addition, the operation of this unit has been improved using smart technologies in terms of issues such as control over operations, auxiliary control, remote operation and maintenance, organization of construction works. Compared with traditional rail laying methods, this unit can save 63% of auxiliary workers, increase the level of mechanization up to 90%, effectively reduce the amount of labor used and reduce labor intensity. Based on this, it is especially important to spread this unit in areas where there is a shortage of labor, in cold mountainous areas, as well as in areas located high above sea level and in other areas with special conditions.

The Zhangjiajie-Jishou-Huaihua High Speed ​​Railway is reportedly known as "the most beautiful high speed railway for helping the poor." Its route passes through Zhangjiajie (Wuling Mountain Region), Jishou, Huaihua and other places. It is assumed that the speed of trains on this line will be 350 km /h. After the railway is built and put into operation, it will be possible to get from Huaihua to Zhangjiajie not in 3.5 hours, as it is now, but in just about an hour, and the times when the ancient city of Fenghuang, Jishou and others cultural tourism centers did not have access by high-speed rail. The opening of the highway will be important for promoting the economic construction of the central and western regions of the PRC and especially for the development of the Wuling mountainous region.

At the moment, the construction of the main objects of the Zhangjiajie-Jishou-Huaihua high-speed railway is almost completed. The railway is expected to be operational by the end of this year.