The global economy will recover faster in the second half of the year: report by the Research Institute at the Bank of China. 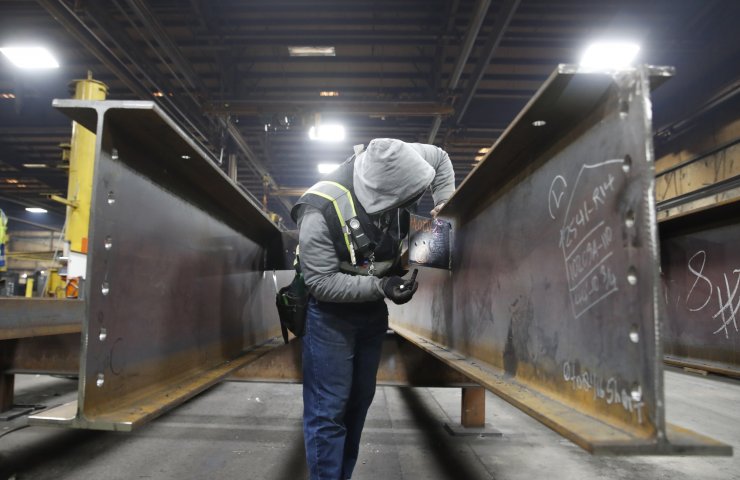 In the second half of this year, the global economy is expected to recover at a faster pace, according to a report by the Research Institute at the Bank of China.

According to the forecast of the report on economic and financial outlook for the third quarter, in 2021 the growth rate of the world economy will reach approximately 5.8%.

The document also states that in January-June of this year, industrial activity around the world gradually approached the pre-epidemic level, while the recovery in consumption also accelerated, which reduced the imbalance between supply and demand.

The global recovery is likely to pick up, but the process will be uneven across regions due to stronger political support and faster vaccinations in developed countries, according to the report.

Финансовая аналитика, прогнозы цен на сталь, железную руду, уголь и другие сырьевые товары. More news and analytics on Metallurgprom telegram channel - subscribe to get up-to-date market information and price forecasts faster than others.
Сomments
Add a comment
Сomments (0)
On this topic
Moody's has raised a sovereign rating of Ukraine to B3 with a stable Outlook
For the first time, electric transport has become more cost-effective than with internal combustion
The Bank of Rinat Akhmetov joined the program "Affordable loans 5-7-9%"
Boeing predicts full air travel recovery by 2024
The National Bank of Ukraine decided to "green up" the country's financial system
Germany's second largest private bank closes branches in 15 countries
Recommended:
Nippon Steel raises steel prices to a record high for deliveries to Toyota plants
Purchase of gold products from the company "Basis Gold"
UK unions cancel all planned strikes after Queen's death
News Analytics
The production of passenger cars in Russia decreased by 2.8 times in eight29-09-2022, 11:19
Donetsk and Torez electrotechnical plants will start producing electrical29-09-2022, 11:37
Ukrainian coking plants reduced gross coke production by 55.2%29-09-2022, 11:28
China ramps up investment in transport to bolster economy29-09-2022, 11:33
The heads of mining companies named the main risks for business29-09-2022, 10:03
China production cuts in winter will give limited boost to steel markets -15-09-2022, 10:09
Steel prices may rise as manufacturers stop production11-09-2022, 14:06
IREPAS: The global long products market is in a "dramatic situation"10-09-2022, 20:49
Steel prices are unlikely to rise significantly in the near future - analysts02-09-2022, 22:58
Steel prices may move up on new data from China31-08-2022, 12:19
Sign in with: