Compared to last fall's forecast, Boeing now sees an increase in orders for commercial aircraft and aviation services over the next decade, as well as the same level of defense and space demand as previously predicted. 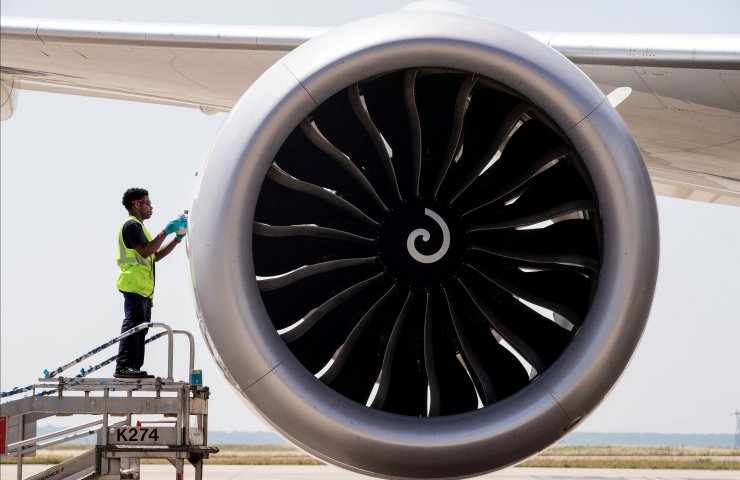 On Tuesday, aerospace corporation Boeing said the commercial aviation market should fully recover by 2024 after a pandemic recession. As a result, the industry giant raised its forecast for aerospace earnings over the next decade.

Boeing predicted a $ 9 trillion aerospace market over the next decade, up from a $ 8.5 trillion forecast a year ago, according to its annual market outlook report.

“As our industry recovers and continues to adapt to new global needs, we remain confident in the long-term growth of the aerospace industry,” said Boeing Chief Strategy Officer Mark Allen. “We are encouraged by the fact that scientists have created vaccines faster than imagined, and that passengers are demonstrating strong confidence in air travel.”

Compared to last fall's forecast, Boeing now sees an increase in orders for commercial aircraft and aviation services over the next decade, as well as the same level of defense and space demand as previously predicted.

“We've lost about two years of growth,” said Darren Hulst, Boeing's vice president of commercial marketing, at a media briefing. “However, by the end of 2023 or the beginning of 2024, we will see a recovery to pre-virus levels.”

Looking ahead, Boeing said its 20-year growth forecast “remains unchanged,” with passenger traffic growing at an average of four percent per year, higher than the 2.7 percent global economic growth expected during this period.

One of the hottest growth areas is aircraft carrying cargo, including refits. Boeing predicted that by 2040, the world's cargo aircraft fleet will grow 70 percent from pre-pandemic levels, reflecting skyrocketing e-commerce-related demand.

Финансовая аналитика, прогнозы цен на сталь, железную руду, уголь и другие сырьевые товары. More news and analytics on Metallurgprom telegram channel - subscribe to get up-to-date market information and price forecasts faster than others.
Сomments
Add a comment
Сomments (0)
On this topic
The Boeing 737 scandal has already cost the company $ 8 billion
US-China trade war reaches a fundamentally new level
Investigation results: The crash of the Boeing 737 Max Lion Air was caused by a combination of 9
Moody's has raised a sovereign rating of Ukraine to B3 with a stable Outlook
The head of Boeing refused to premiums and payments for 2019
Malaysia Airlines suspends the reception of Boeing 737 MAX
Recommended:
Analysts confident of significant growth in global demand for galvanized steel
The United States refused to comply with the decision of the WTO on tariffs on steel and aluminum
Norwegian startup to build €4bn green steel plant
News Analytics
The United States refused to comply with the decision of the WTO on tariffs on29-01-2023, 20:08
China remains the world leader in shipbuilding with a 50% share of new shipyard29-01-2023, 12:35
Prices for metal products in Ukraine increased by 26% last year29-01-2023, 12:06
JSW Steel, ArcelorMittal and NLMK may buy two Liberty Steel plants in Belgium29-01-2023, 12:12
British scientists have found a way to cut CO2 emissions from steel production28-01-2023, 23:49
S&P: Russia will continue to dominate the steel export market in the Black05-01-2023, 11:22
Fitch Analysts Predict Big Drop in Global Steel Consumption This Year14-12-2022, 13:59
Analysts predict 5% annual growth in the iron casting market through 203006-12-2022, 12:44
Commodity prices will fall, metals quotes will rise slightly - Focus Economics28-11-2022, 13:28
Platinum market to face shortage next year - WPIC22-11-2022, 18:25
Sign in with: