Industrial production in China grew by 15.9% in the first half of 2021 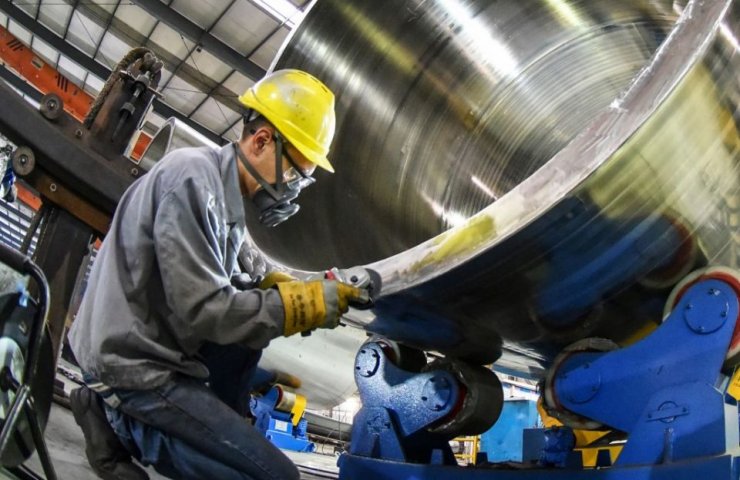 In the first half of this year, the value added in the Chinese industry, which is an important economic indicator, increased by 15.9% on an annualized basis. This is evidenced by data published on Thursday by the State Statistical Office (GSO) of the PRC.

Industrial output, or industrial value added, is used to measure the activity of large enterprises, each with annual revenues of at least 20 million RMB (about $ 3.09 million).

Финансовая аналитика, прогнозы цен на сталь, железную руду, уголь и другие сырьевые товары. More news and analytics on Metallurgprom telegram channel - subscribe to get up-to-date market information and price forecasts faster than others.
Сomments
Add a comment
Сomments (0)
On this topic
For the first time, electric transport has become more cost-effective than with internal combustion
Platts: 35% of the steel mills in China have cut output due to problems with the supply of raw
Sriwijaya Air SJY 182 from Jakarta to Pontianak disappears from radar immediately after takeoff
Thyssenkrupp expects the Chinese to sell their industrial assets
Gold and platinum remain stable in trading
China Gold wants to buy $ 2 billion in new assets
Recommended:
UK steel production hits record low this year
UK unions cancel all planned strikes after Queen's death
In August, the truck market in Ukraine decreased by 62%
News Analytics
The production of passenger cars in Russia decreased by 2.8 times in eight29-09-2022, 11:19
Donetsk and Torez electrotechnical plants will start producing electrical29-09-2022, 11:37
Ukrainian coking plants reduced gross coke production by 55.2%29-09-2022, 11:28
China ramps up investment in transport to bolster economy29-09-2022, 11:33
The heads of mining companies named the main risks for business29-09-2022, 10:03
China production cuts in winter will give limited boost to steel markets -15-09-2022, 10:09
Steel prices may rise as manufacturers stop production11-09-2022, 14:06
IREPAS: The global long products market is in a "dramatic situation"10-09-2022, 20:49
Steel prices are unlikely to rise significantly in the near future - analysts02-09-2022, 22:58
Steel prices may move up on new data from China31-08-2022, 12:19
Sign in with: