Representatives of the Chinese steel industry demanded an explanation from BHP about the rise in iron ore prices. 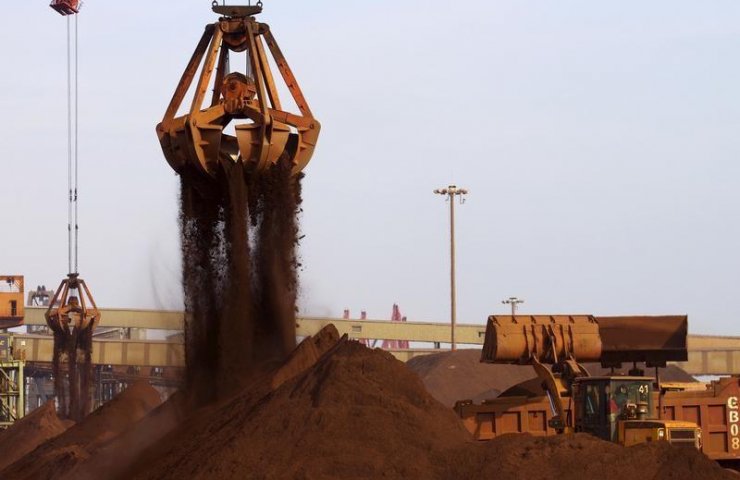 The China Iron and Steel Industry Association (CISA) said it had a "showdown" with BHP on Thursday on the rise in iron ore prices. According to the Chinese media, in fact, the association demanded an explanation from the Anglo-Australian mining company about the sharp rise in prices for iron ore, which rose by almost $ 8 over the day and reached an incredible $ 158 per ton of ore with a content of 62% iron. </P >

"The current price of iron ore has become abnormal," the media quoted Li Xinchuan, president of the China Institute for Planning and Research of the Metallurgical Industry, who is also the deputy head of CISA. “How can it grow so fast in such a short time? This has created a huge bubble and seriously threatens our industrial safety, ”he asks.

The spike in imported iron ore prices threatens the profitability of steel mills in China, which buy nearly 90 percent of their needs overseas.

BHP has agreed to strengthen its engagement with the Chinese association to ensure an "open and transparent iron ore market," at least as stated by BHP VP of Marketing and Sales Rod Ducino and Head of Iron Ore Sales Rohan Roberts. p>

BHP officials also assured the Chinese side that ore supplies will remain stable despite the worsening weather, and production in the fiscal year, which began in July, will be stable and will reach the upper limit of the planned 276-286 million tons.

Recall that relations between Beijing and Canberra have been gradually deteriorating lately and increasingly resemble the beginning of a trade war. As we have already reported China has restricted imports of Australian coal and some other commodities, but cannot afford to restrict purchases of iron ore.

"In the long term, dependence on Australian ores will not change," said Li Xinchuang. “We are interdependent. If the fights continue, you will have to pay your price. ”

Recommended:
Rinat Akhmetov's fortune during the pandemic grew 2.7 times from 2.8 to 7.6 billion dollars
ArcelorMittal Kryvyi Rih shareholders voted to pay dividends
Ukraine calls on American companies to develop deposits of strategic metals
On this topic
BHP iron ore tankers switch to liquefied natural gas
Korean auto makers will switch to hydrogen engines with help from Chinese steelmakers
The largest mining company in the world disposes of coal assets
Platts: 35% of the steel mills in China have cut output due to problems with the supply of raw
USA slapped sanctions on steel industry of Iran
CISA: Crude steel production grows in China despite the fall in the profitability of
Add a comment
Сomments (0)
News Analytics
China's Non-Ferrous Metals Sector Records High First Quarter Profits08-05-2021, 15:43
Copper price rises to a record high08-05-2021, 10:17
Dneprotyazhmash manufactures technological equipment for DMK07-05-2021, 10:07
The National Bank of Ukraine will sell 46 tons of scrap metal from obsolete07-05-2021, 10:10
Dnieper Metallurgical Plant DCH Steel in April reduced steel production by 2.8%07-05-2021, 09:18
The current state of the market is ideal for the sale of rolled steel - IREPAS04-05-2021, 18:41
Global hydrogen demand to grow 7-fold by 2070 - PwC21-04-2021, 12:31
World Steel Association predicts a good year for metallurgists15-04-2021, 18:19
World Steel Association defines green steel and its variations12-04-2021, 13:14
China unlikely to cut steel capacity in 2021 due to high steel prices07-04-2021, 12:11
Sign in with: