The skyrocketing price of iron ore in China is abnormal, the PRC Iron and Steel Association said. 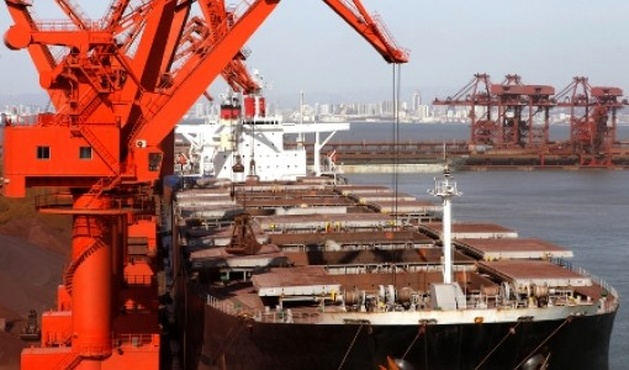 Major steelmakers in China have asked the country's regulators to check iron ore prices, which rose more than 50% month-on-month amid a global recovery in steel production outstripping raw material supply.

“The current rise in iron ore prices has deviated from supply and demand fundamentals and far exceeded steel mills' expectations, and there are clear signs of capital speculation,” steel producers Baowu, Shagang, Hebei Iron and Steel, Anshan Iron and Steel. Shougang, Valin Iron and Steel and Jianlong Iron and Steel said in a statement released by the China Iron and Steel Industry Association (Cisa).

The most active iron ore futures contract on the Dalian Commodity Exchange (DCE) for the first time since trading in this commodity in October 2013 rose above 1,000 yuan (approximately $ 153) per tonne. At the end of today's afternoon session, the contract fell to 966 yuan a tonne, 7.3 percentage points below its high.

"The iron ore pricing mechanism has failed," the steelmakers said, urging the "State Administration for Market Surveillance and the China Securities Regulatory Commission to take effective measures to intervene early in investigations and take tough measures to address possible violations of laws and rules.

The last time Chinese officials investigated the collusion in the Chinese commodity market last year, having achieved a sharp adjustment in both the exchange and spot prices for ore.

“The rate of decline in ore reserves in China's ports suggests that the market is currently experiencing a shortage of around 80 million tonnes, at $ 50 per tonne above its 'normal' level compared to reserves. Obviously, the price market is in a tougher environment with speculative inflows on the stock exchanges, which will lead to higher prices, but we predict a shortage of shipping at the beginning of next year at only 35 million tons, "- wrote today the American bank Morgan Stanley. </P >

Previously it was reported that the China Iron and Steel Association has demanded an explanation from the Anglo-Australian mining company BHP about the sharp rise in iron ore prices.

“The current price of iron ore has gone abnormal,” said Li Xinchuan, president of the China Institute for Planning and Research of the Metallurgical Industry, who is also deputy head of CISA. “How can it grow so fast in such a short time? This has led to the formation of a huge bubble and seriously threatens our industrial safety, ”he stated.

Финансовая аналитика, прогнозы цен на сталь, железную руду, уголь и другие сырьевые товары. More news and analytics on Metallurgprom telegram channel - subscribe to get up-to-date market information and price forecasts faster than others.
Сomments
Add a comment
Сomments (0)
On this topic
China's largest steel producer to become even larger and number one in the world in terms of
The largest metallurgical company of China Baowu may have become the world's largest
Anglo-Australian mining company invests $ 35 million in green steel
For the first time in the history of Toyota bought Chinese steel for their cars
Korean auto makers will switch to hydrogen engines with help from Chinese steelmakers
The largest metallurgical company in China absorbed its smaller competitor
Recommended:
Nigeria to pay half a billion dollars to the Mittal family in compensation for selected concessions
Nippon Steel raises steel prices to a record high for deliveries to Toyota plants
Financial giant Goldman Sachs begins massive layoffs
News Analytics
ЕБРР ухудшил прогноз роста экономики Украины на 2023 год с 25% до 8%28-09-2022, 13:57
EU plans additional sanctions against Russian metallurgy27-09-2022, 10:34
The European Commission has approved 5.2 billion euros of state support for27-09-2022, 10:43
China's leading industrial profits fall 2.1% in first 8 months27-09-2022, 10:20
Moody's changed the outlook for the global mining industry to26-09-2022, 19:04
China production cuts in winter will give limited boost to steel markets -15-09-2022, 10:09
Steel prices may rise as manufacturers stop production11-09-2022, 14:06
IREPAS: The global long products market is in a "dramatic situation"10-09-2022, 20:49
Steel prices are unlikely to rise significantly in the near future - analysts02-09-2022, 22:58
Steel prices may move up on new data from China31-08-2022, 12:19
Sign in with: