BHP workers are tired of being treated like children, said Shane Roulston, the nationwide organizer of the Australian Workers' Union. 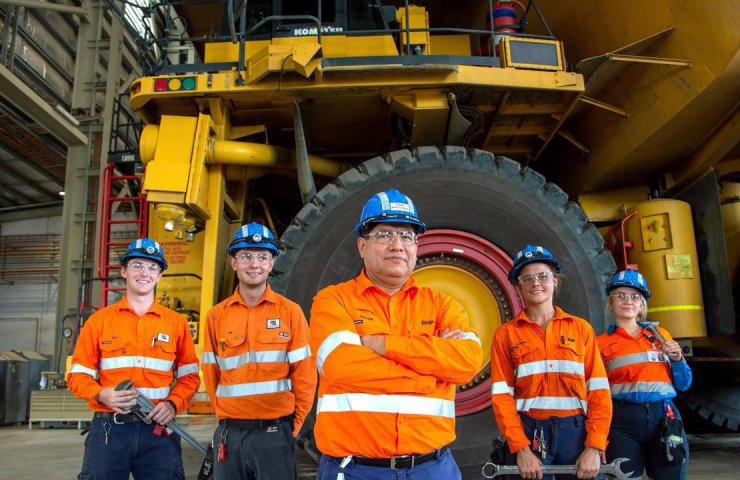 Unions of workers at Australian mining company BHP Billiton are protesting against the company's decision to ban beer from its miners' accommodation late in the evening and at night. wrote about this Financial Times, which read the letter from the associations to the company's management. The BHP also limited the amount of alcohol consumed per day to four standard drinks. In Australia, this is about 1 liter of beer with a strength of 4.8%.

“To reduce the immediate health and safety risks associated with alcohol consumption, we must limit our intake to no more than four standard drinks per day,” said the BHP press office.

This is the second time in recent months that the company has tightened regulations regarding alcohol consumption among mine personnel. In February, BHP Billiton limited its personnel to six regular drinks a day to increase safety requirements at its Australian mines where workers work with heavy equipment.

Trade unions represent 20,000 BHP employees. They believe that alcohol restrictions violate workers' basic rights to privacy and rest outside of working hours. In a letter to management, the unions demanded to monitor compliance with the law when checking the personal space of employees and noted that the new rules were introduced without proper consultation.

The union insists that not all employees have time to finish work before 21:30: for example, service personnel, including cooks, will be completely deprived of the opportunity to drink a pint of beer after work. Workers usually have mini-fridges in their rooms that can hold a maximum of four cans of beer, but this may not be enough to refresh themselves after working at high temperatures of 40 to 45 degrees and 12 hour shifts.

Trade unions do not rule out the initiation of legal action against the bans by the company, the FT reported.