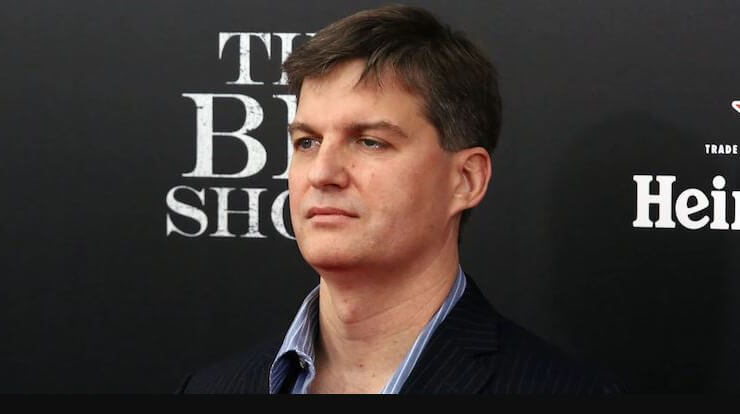 Elon Musk isn't selling Tesla shares because he doesn't have enough money: "He just wants to benefit from an attractive valuation of the automaker's shares," Michael Burry tweeted Sunday.

"Burry is a broken watch," Musk replied to the Twitter statement.

An investor known for The Big Short said last week that Musk had taken out personal loans against his shares; he suggested that the Tesla CEO might sell shares to pay off those debts. Musk recently pledged to sell 10% of his Tesla shares, based on a Twitter poll, and cashed out nearly $ 7 billion in shares last week.

Burry's tweet highlights that Musk cut his tax bills by moving from California to Texas last year, sold most of his $ 100 million real estate portfolio, and told Sen. Bernie Sanders on Sunday that he would sell more shares at the request of the lawmaker. ... According to the investor, Musk does not need the money, but he wants to profit from the nearly twelvefold rise in Tesla's stock value since the beginning of last year.

In a follow-up tweet on Sunday, Burry pointed to a chart of Tesla shares and Musk's tweet that the share price was "too high" when the EV company was valued at less than one-fifth of its current level. “Think about it,” Burry said.

Burry has repeatedly referred to Tesla as the symbol of a huge asset bubble. In December 2020, he called its share price "ludicrous," predicted earlier this year that stocks would crash like the mid-2000s housing market, and suggested that stocks could drop 90%.

Финансовая аналитика, прогнозы цен на сталь, железную руду, уголь и другие сырьевые товары. More news and analytics on Metallurgprom telegram channel - subscribe to get up-to-date market information and price forecasts faster than others.
Сomments
Add a comment
Сomments (0)
On this topic
Elon Musk contracted coronavirus, but doubts the reliability of the tests
How the reform of the electricity market in Ukraine can lead to a collapse and what to do about it
Elon Musk once again announced the overvaluation of Tesla shares - the bubble could burst
Stopped nuclear power plants and mines. What's going on in the energy sector of Ukraine?
Elon Musk explained the rise in prices for Tesla by the increase in costs for rolled metal and
Will Elon Musk sell 10% of Tesla shares?
Recommended:
JSW Steel, ArcelorMittal and NLMK may buy two Liberty Steel plants in Belgium
Norwegian startup to build €4bn green steel plant
UK is ready to give 300 million pounds to save British Steel
News Analytics
World steel production in December 2022 collapsed by 10%31-01-2023, 14:36
Ukraine arrested Russian metallurgical assets31-01-2023, 10:13
War in Ukraine to accelerate world economy transition to clean energy - BP30-01-2023, 11:49
ArcelorMittal invests $120m in US green steel company30-01-2023, 11:11
The United States refused to comply with the decision of the WTO on tariffs on29-01-2023, 20:08
S&P: Russia will continue to dominate the steel export market in the Black05-01-2023, 11:22
Fitch Analysts Predict Big Drop in Global Steel Consumption This Year14-12-2022, 13:59
Analysts predict 5% annual growth in the iron casting market through 203006-12-2022, 12:44
Commodity prices will fall, metals quotes will rise slightly - Focus Economics28-11-2022, 13:28
Platinum market to face shortage next year - WPIC22-11-2022, 18:25
Sign in with: