Tesla will accept Dogecoin as payment

Tesla Founder and CEO Elon Musk said on Tuesday that the EV maker will accept payments in dogcoin for certain products. 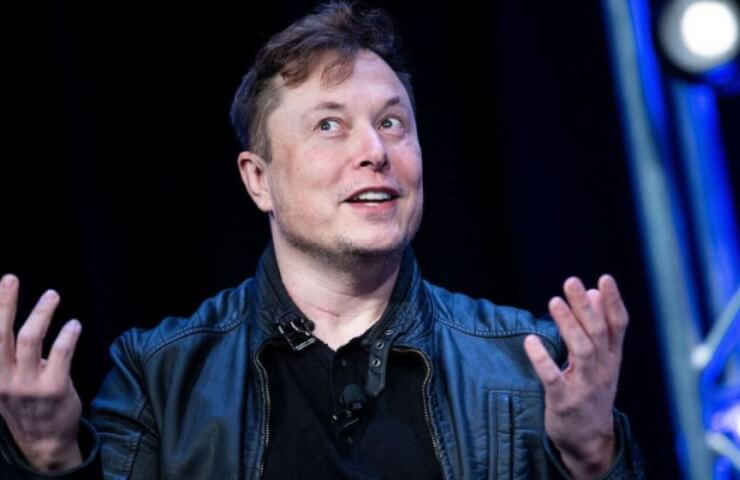 "Tesla will make some merchandise that Doge can buy and see how things go," Musk said on Twitter.

Dogecoin jumped 33% shortly thereafter. Musk has been a longtime proponent of the meme-based cryptocurrency, which often witnessed price fluctuations in response to his tweets. Earlier this May, Musk hinted that Tesla was accepting a digital token with its now iconic Shiba Inu theme when he asked his followers if Tesla should start accepting digital currency payments. About 80 percent of the respondents answered positively.

In addition to Dogecoin, Musk also actively supported Bitcoin. Bitcoin jumped 16 percent in February 2021 to a record $ 44,795.20 after filings with the SEC showed Tesla had invested $ 1.5 billion in cryptocurrency.

“We may invest some of that cash in certain alternative reserve assets, including digital assets, gold bullion, gold exchange-traded funds, and other assets as indicated in the future,” Tesla said in a statement. p>

“Tesla only uses internal open source software and directly manages the Bitcoin nodes. The bitcoin paid out by Tesla will be stored as bitcoin, not converted into fiat currency, ”he explained in another tweet.

During this tweet, several social media users answered the question of when they will be able to purchase with Dogecoin.

However, Musk withdrew his statement soon after in May 2021, citing Bitcoin's “insane” energy consumption as the main reason for the suspension of the Bitcoin payment service.

“Tesla has suspended Bitcoin car purchases. We are concerned about the rapid increase in the use of fossil fuels for bitcoin mining and transactions, especially coal, which has the lowest emissions of any fuel. ” - he said in a message on Twitter.

"Cryptocurrency is a good idea on many levels, and we believe it has a promising future, but it cannot lead to large losses for the environment," the message says.

Another shocking thing is that Musk on Monday pulled about $ 906 million in Tesla shares from the sale, new documents showed. This brings its total sales since the beginning of November to nearly $ 13 billion. Tesla shares fell nearly five percent on Monday amid technology losses and market concerns.

Финансовая аналитика, прогнозы цен на сталь, железную руду, уголь и другие сырьевые товары. More news and analytics on Metallurgprom telegram channel - subscribe to get up-to-date market information and price forecasts faster than others.
Сomments
Add a comment
Сomments (0)
On this topic
Tesla buys $ 1.5 billion of bitcoins, pushing the price of cryptocurrency to $ 44,000
Elon Musk wants to quit his job and "become a full-time influencer"
Tesla CEO Elon Musk named "Person of the Year 2021"
Tesla Suspends Acceptance Of Bitcoin Due To An Unsustainable Way To Receive This Cryptocurrency
Global steel production in may 2020 fell by almost 9%
Stopped nuclear power plants and mines. What's going on in the energy sector of Ukraine?
Recommended:
Analysts confident of significant growth in global demand for galvanized steel
Europe's passenger car market records its worst year since the turn of the century
Tata Steel: Great Britain will need more than 10 million tons of steel to gain energy independence
News Analytics
British scientists have found a way to cut CO2 emissions from steel production28-01-2023, 23:49
European steel price rise that began in January will be short-lived - MEPS26-01-2023, 14:44
Steel production in China rose in the first decade of January26-01-2023, 12:30
UK is ready to give 300 million pounds to save British Steel20-01-2023, 21:31
Carriage building plant in Kremenchug stopped production due to debts20-01-2023, 21:11
S&P: Russia will continue to dominate the steel export market in the Black05-01-2023, 11:22
Fitch Analysts Predict Big Drop in Global Steel Consumption This Year14-12-2022, 13:59
Analysts predict 5% annual growth in the iron casting market through 203006-12-2022, 12:44
Commodity prices will fall, metals quotes will rise slightly - Focus Economics28-11-2022, 13:28
Platinum market to face shortage next year - WPIC22-11-2022, 18:25
Sign in with: