Musk tweeted that Tesla merch can now be purchased with Dogecoin. The cost of a number of goods in cryptocurrency appeared on the company's website. 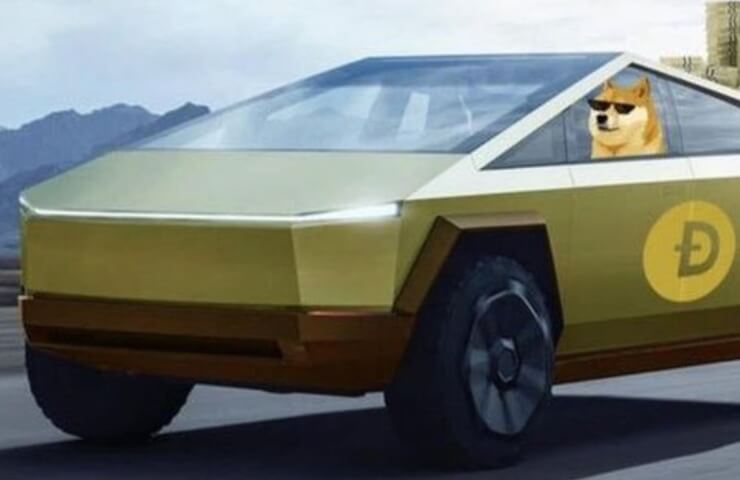 After Elon Musk tweeted about the possibility of paying with Dogecoin cryptocurrency for a number of Tesla products, the Dogecoin price jumped by more than 10%.

Musk told his followers that Tesla merch can now be purchased with Dogecoin. The cost of a number of goods in cryptocurrency appeared on the company's website.

The price of Dogecoin jumped at the end of last year, when Musk first wrote that the company's merchandise could be bought with this cryptocurrency.

At the time, Musk told Time magazine, which named him its 2021 Person of the Year, that while Dogecoin was created as a "stupid joke," it was "better transacted" than bitcoin.

Dogecoin, he says, "incentivizes people to spend money, not save it."

Tesla bought $1.5 billion worth of bitcoin last year. Musk said at the time that the company would begin accepting payments in the cryptocurrency. The company later abandoned the idea due to concerns about the high level of fossil fuel use in bitcoin mining.

Финансовая аналитика, прогнозы цен на сталь, железную руду, уголь и другие сырьевые товары. More news and analytics on Metallurgprom telegram channel - subscribe to get up-to-date market information and price forecasts faster than others.
Сomments
Add a comment
Сomments (0)
On this topic
Tesla will accept Dogecoin as payment
Tesla CEO Elon Musk named "Person of the Year 2021"
Tesla buys $ 1.5 billion of bitcoins, pushing the price of cryptocurrency to $ 44,000
You can now buy Tesla with Bitcoin - Elon Musk
Tesla Suspends Acceptance Of Bitcoin Due To An Unsustainable Way To Receive This Cryptocurrency
Elon Musk sells all his possessions in order to "devote himself to Mars"
Recommended:
Dnipro Metallurgical Plant confirmed the right to supply rolled metal products to Europe
Dneprovsky Metallurgical Plant continues to operate rolling shops using tolling raw materials
The Government of the Russian Federation extended the preferential import of equipment for the extraction of coal and ore
News Analytics
European steel price rise that began in January will be short-lived - MEPS26-01-2023, 14:44
Steel production in China rose in the first decade of January26-01-2023, 12:30
UK is ready to give 300 million pounds to save British Steel20-01-2023, 21:31
Carriage building plant in Kremenchug stopped production due to debts20-01-2023, 21:11
Europe's passenger car market records its worst year since the turn of the20-01-2023, 21:03
S&P: Russia will continue to dominate the steel export market in the Black05-01-2023, 11:22
Fitch Analysts Predict Big Drop in Global Steel Consumption This Year14-12-2022, 13:59
Analysts predict 5% annual growth in the iron casting market through 203006-12-2022, 12:44
Commodity prices will fall, metals quotes will rise slightly - Focus Economics28-11-2022, 13:28
Platinum market to face shortage next year - WPIC22-11-2022, 18:25
Sign in with: