Tesla sells off most of its bitcoin holdings

At the end of last year, the head of the American manufacturer of electric cars, Elon Musk, stated that his company was not going to sell bitcoins. However, just a couple of months later, Musk's next statement turned out to be a lie, which became the second scandal since the beginning of the year and, surprisingly, had no effect on his business career. 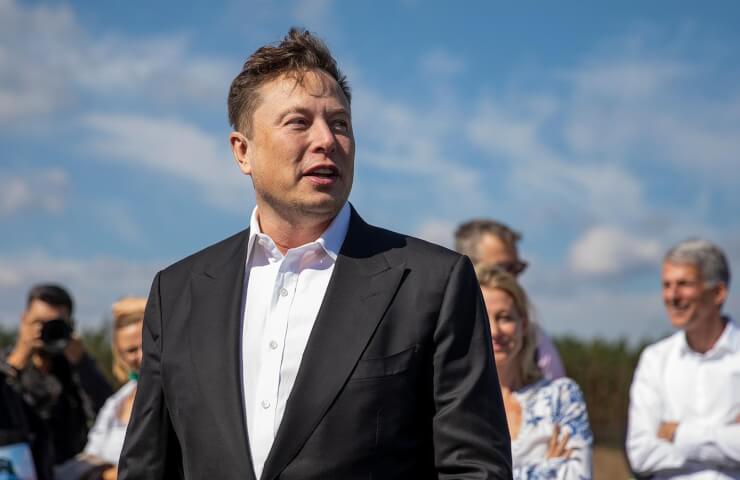 American electric car maker Tesla, which reported a major investment in bitcoin last year after nearly doubling the price of the cryptocurrency, said it has gotten rid of 75% of its bitcoins, which were worth about $2 billion at the end of 2021.

Elon Musk has retreated on that front as well after the price of the cryptocurrency fell more than 50% this year. The Tesla boss was one of the most prominent proponents of cryptocurrencies, and his statements on social media often spurred significant trading activity.

Tesla's $1.5 billion investment in bitcoin, revealed in February 2021, has sparked a surge in demand for the currency. The price of the infamous volatile cryptocurrency soared last year to almost $70,000 in November before crashing.

One bitcoin is currently trading for less than $25,000.

Whether it's promising unmanned technologies, building hyperloops, building Martian starships, or buying social media companies, Mr. Musk's claims don't always come true. And yet, so far, all this has not hurt his business career.

Tesla announced the sale of assets as part of its regular quarterly update. It states that bitcoin was one of the factors that influenced its profitability. However, the company reported higher-than-expected profits in the three months to the end of June as higher prices for its best-selling vehicles helped offset problems, including restrictions in China.

Tesla shares are down nearly 40% this year.

Финансовая аналитика, прогнозы цен на сталь, железную руду, уголь и другие сырьевые товары. More news and analytics on Metallurgprom telegram channel - subscribe to get up-to-date market information and price forecasts faster than others.
Сomments
Add a comment
Сomments (0)
On this topic
Tesla expects 50% growth despite supply chain issues
Tesla shares jump to record highs ahead of S&P 500 debut
Tesla will accept Dogecoin as payment
Tesla sell their shares at a five percent discount
Tesla ends year with a profit for the first time in history, but investors are disappointed
Investor Michael Burry thinks Elon Musk just wants to sell Tesla shares
Recommended:
European stainless steel plants close due to energy crisis
Purchase of gold products from the company "Basis Gold"
The destruction of the dam of the Kyiv hydroelectric complex will not be a disaster - Ukrhydroenergo
News Analytics
EBRD downgrades Ukrainian economic growth forecast for 2023 from 25% to 8%28-09-2022, 13:57
EU plans additional sanctions against Russian metallurgy27-09-2022, 10:34
The European Commission has approved 5.2 billion euros of state support for27-09-2022, 10:43
China's leading industrial profits fall 2.1% in first 8 months27-09-2022, 10:20
Moody's changed the outlook for the global mining industry to26-09-2022, 19:04
China production cuts in winter will give limited boost to steel markets -15-09-2022, 10:09
Steel prices may rise as manufacturers stop production11-09-2022, 14:06
IREPAS: The global long products market is in a "dramatic situation"10-09-2022, 20:49
Steel prices are unlikely to rise significantly in the near future - analysts02-09-2022, 22:58
Steel prices may move up on new data from China31-08-2022, 12:19
Sign in with: