Having not sold a single electric car since its launch in 2009, the Rivian startup has received more than $ 10 billion in investments in 10 years and is estimated by analysts at $ 27.6 billion. 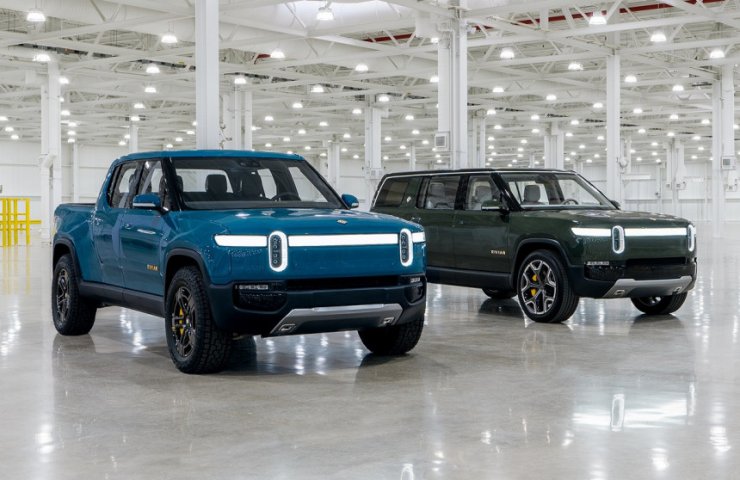 American electric car startup Rivian has raised $ 2.5 billion in private investment. Since its inception, the company has raised about $ 10.5 billion, writes TechCrunch.

The private funding round was led by Amazon, Ford Motor, D1 Capital Partners and funds advised by T. Rowe Price. Also participating in the round were Third Point, Fidelity Management and Research Company, Dragoneer Investment Group and Coatue.

D1 Capital Partners founder Dan Sundheim said the investment in Rivian was motivated by the fact that the company has reached a turning point in commercialization and will have exclusive products for customers.

Investor interest in Rivian is so much related to the fact that the startup can claim the role of "the next Tesla", The New York Times notes.

Rivian was founded by American engineer Robert Joseph Scaridge, or RJ Scaridge for short, in 2009. It was originally planned to launch the car with industry-leading fuel efficiency in 2013-2014. However, with the popularization of electric vehicles, the company refocused on them.

Recently, the company has once again postponed deliveries of R1T and R1S from summer to September due to production delays caused by a shortage of semiconductor chips. Rivian currently employs 7,000 people and plans to open a second factory in the United States.

Rivian is also developing electric trucks for Amazon, which is hoping to renew its fleet as part of a plan to tackle climate change. According to the plan, the company is committed to using only renewable energy sources starting in 2030. So Amazon ordered over 100,000 electric delivery vans from Rivian in 2019.

Финансовая аналитика, прогнозы цен на сталь, железную руду, уголь и другие сырьевые товары. More news and analytics on Metallurgprom telegram channel - subscribe to get up-to-date market information and price forecasts faster than others.
Сomments
Add a comment
Сomments (0)
On this topic
Amazon's black streak: the 10 billion Pentagon contract goes to Microsoft
David Cameron declares his innocence in the problems of Liberty Steel and GFG Alliance
Ford Motor's net profit fell by half amid sharp drop in sales
Metinvest extended maturity of bonds
Ford invests $ 1 billion in South Africa
Ford has decided to cut 1,400 full-time employees in the United States
Recommended:
Donetsk and Torez electrotechnical plants will start producing electrical substations from Chuvash parts
thyssenkrupp has successfully completed the sale of the company's mining business
Ferroalloy enterprises of Ukraine in total reduced output by 27.6%
News Analytics
The production of passenger cars in Russia decreased by 2.8 times in eight29-09-2022, 11:19
Donetsk and Torez electrotechnical plants will start producing electrical29-09-2022, 11:37
Ukrainian coking plants reduced gross coke production by 55.2%29-09-2022, 11:28
China ramps up investment in transport to bolster economy29-09-2022, 11:33
The heads of mining companies named the main risks for business29-09-2022, 10:03
China production cuts in winter will give limited boost to steel markets -15-09-2022, 10:09
Steel prices may rise as manufacturers stop production11-09-2022, 14:06
IREPAS: The global long products market is in a "dramatic situation"10-09-2022, 20:49
Steel prices are unlikely to rise significantly in the near future - analysts02-09-2022, 22:58
Steel prices may move up on new data from China31-08-2022, 12:19
Sign in with: