Representatives of the Armenian Ministry of Defense denied information about the shelling of the Baku-Tbilisi-Ceyhan oil pipeline. 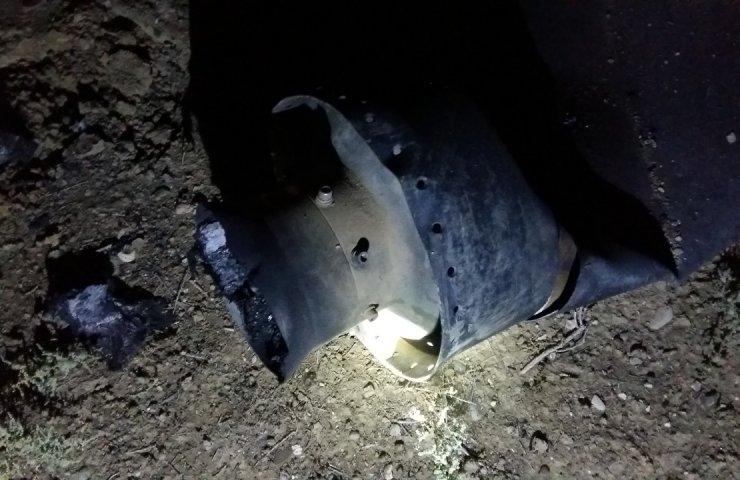 The Baku-Tbilisi-Ceyhan (BTC) oil pipeline came under rocket fire from Armenia on October 6, the State Oil Company of the Azerbaijan Republic (SOCAR) reported.

"The pipeline was not damaged, oil pumping continues as before," says SOCAR, which is the main exporter of BTC Mix, pumped through this route with a capacity of 60 million tons per year.

“The rocket fell ten meters from the oil pipeline in the Yevlakh region. More than 300 cluster bombs are scattered across the territory. The pipeline itself was not damaged, "said Assistant to the President of Azerbaijan, Head of the Department of International Relations of the Presidential Administration Hikmet Hajiyev.

“Before the aggravation of the situation on the line of contact, Armenia openly threatened the critical energy infrastructure of Azerbaijan /Mingachevir reservoir with missile strikes. The recent missile strikes of Armenia have confirmed the aggressive nature of Armenia's military doctrine, ”Hajiyev said.

There is also a gas pipeline in the shelling zone, through which Azerbaijani gas is pumped in the direction of Turkey and Europe, SOCAR noted. This region, through which the Baku-Supsa oil pipeline with a capacity of 7.5 million tons per year also runs, and the railway connecting Azerbaijan and Georgia, is located about 45-50 km from the war zone in Karabakh.

Representatives of the Armenian Ministry of Defense denied information about the shelling of the BTC.

"Baku's statements about the shelling of the pipeline can be regarded as a call to Turkey to directly intervene in the Karabakh conflict," said orientalist Semyon Baghdasarov.

The pipeline is not damaged and operates normally, specialists of the National Agency for Mine Action of Azerbaijan (ANAMA) are working on site.

The BTC and Baku - Supsa pipelines provided up to 95% of all Azerbaijani oil exports this year. The total supply of raw materials to Ceyhan (Turkey) in the first half of the year, taking into account the 1.8 million tons of transit volumes from Russia and Turkmenistan, decreased to 14.8 million tons from 15.5 million tons a year earlier.

Azerbaijan and Armenia declared martial law on September 27 due to the resumption of hostilities in Nagorno-Karabakh.

Recommended:
Robots are watching Rinat Akhmetov's workers in Vinnytsia region of Ukraine
AMCU allowed Agimant Limited Tigipko to buy "Dneprometiz "
In two weeks, steel prices in the United States rose by 25%
On this topic
Belarusian products may flow to Russian ports
Saudi Arabia called for an emergency meeting of OPEC+ after the call of the President of the United
Belarus received the first batch of oil from Norway
Oil prices jumped to 10-day high against the closure of the fields in Libya
Oil and gold returned to the levels of December 2019 after trump statements on Iran
US liquefied gas will become even more expensive due to tariffs on steel imports
Add a comment
Сomments (0)
News Analytics
Components and spare parts for Dong Feng cars24-10-2020, 20:52
Steel production in September 202023-10-2020, 17:21
Innovative matrix headlights on the Audi E-Tron19-10-2020, 22:43
Tensions rise between China and Australia over commodity trade14-10-2020, 18:15
The European Union confirms its intention to introduce a border tax on carbon13-10-2020, 13:20
Dolomite powder market to reach USD 33.44 billion by 202705-10-2020, 12:33
Iron ore prices to surpass six-year high soon16-09-2020, 10:32
World Oil Demand Peak May Be Over - BP15-09-2020, 09:05
China expands car market capacity by increasing demand for steel and metals11-09-2020, 10:56
Prices continue to rise in the long and flat steel markets08-09-2020, 14:25
Sign in with: