Near East / Ukraine / Business and Finance

The likelihood that international sanctions will not be lifted from Iran is very high. The continuation of the sanctions restrictions will not allow Tehran to bring to the market an additional 1 to 2 million crude oil per day. 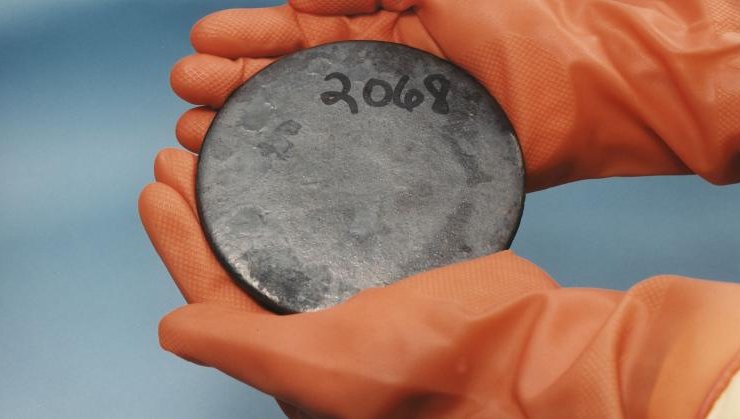 Iran has begun the process of producing enriched uranium metal that can be used to create nuclear weapons. This was reported by the International Atomic Energy Agency (IAEA), the UN supervisory body.

Iran informed the IAEA of its intention to start enriching uranium up to 20% for the production of fuel plates intended for a nuclear research reactor in Tehran. The organization believes that the process of producing such uranium, which is used in the manufacture of fuel for reactors and the creation of nuclear bombs, will take place in several stages.

Great Britain, France and Germany have expressed serious concern over Iran's decision to produce enriched uranium metal. According to them, this threatens negotiations on the resumption of the Iranian nuclear deal in 2015.

Iran's moves, reported by the IAEA and which Tehran said are aimed at generating fuel for a research reactor, also drew criticism from the United States, which called them a "regrettable step back."

American and European politicians made it clear that Iran's decision would complicate the indirect US-Iranian negotiations and could lead to their complete termination. The consultations were aimed at bringing Tehran and Washington back into compliance with the 2015 deal, which Donald Trump, the incumbent President of the United States, refused to execute in May 2018.

Recall that the US Treasury Department on July 2 lifted sanctions against three Iranian citizens involved in the Islamic Republic's missile program.

The lifting of sanctions on Tehran could bring to the market an additional 1 to 2 million crude oil per day, which would contribute to a decrease in world prices for "black gold".

Note that uranium with a 235U isotope content over 20% is called highly enriched, or weapons grade. At the dawn of the nuclear era, several samples of uranium-based cannon-based nuclear weapons with an enrichment of about 90% were built.

Highly enriched uranium is also used in nuclear power reactors with a long fuel campaign (i.e., with rare or no refueling), for example, in ship reactors.

Финансовая аналитика, прогнозы цен на сталь, железную руду, уголь и другие сырьевые товары. More news and analytics on Metallurgprom telegram channel - subscribe to get up-to-date market information and price forecasts faster than others.
Сomments
Add a comment
Сomments (0)
On this topic
Uranium problems: Ukraine may lose its own production
At the plant "Energomashspetsstal" was accepted shell of the reactor vessel for Tianwan
Yuzhmash told whether it is possible to launch reusable rockets from the Black Sea
Energomashspetsstal cast ingot weighing 415 tons for the Turkish nuclear power plant
Iran's uranium enrichment up to 20% calls into question nuclear deal with Tehran - EU
How the reform of the electricity market in Ukraine can lead to a collapse and what to do about it
Recommended:
Purchase of gold products from the company "Basis Gold"
For 8 months of 2022, steel production in Ukraine fell by 64.5%, to 5.2 million tons
Islamabad receives $1.5 billion investment proposal for PSMC privatization
News Analytics
The production of passenger cars in Russia decreased by 2.8 times in eight29-09-2022, 11:19
Donetsk and Torez electrotechnical plants will start producing electrical29-09-2022, 11:37
Ukrainian coking plants reduced gross coke production by 55.2%29-09-2022, 11:28
China ramps up investment in transport to bolster economy29-09-2022, 11:33
The heads of mining companies named the main risks for business29-09-2022, 10:03
China production cuts in winter will give limited boost to steel markets -15-09-2022, 10:09
Steel prices may rise as manufacturers stop production11-09-2022, 14:06
IREPAS: The global long products market is in a "dramatic situation"10-09-2022, 20:49
Steel prices are unlikely to rise significantly in the near future - analysts02-09-2022, 22:58
Steel prices may move up on new data from China31-08-2022, 12:19
Sign in with: