The plunge in nickel prices is exacerbated by fears of oversupply. 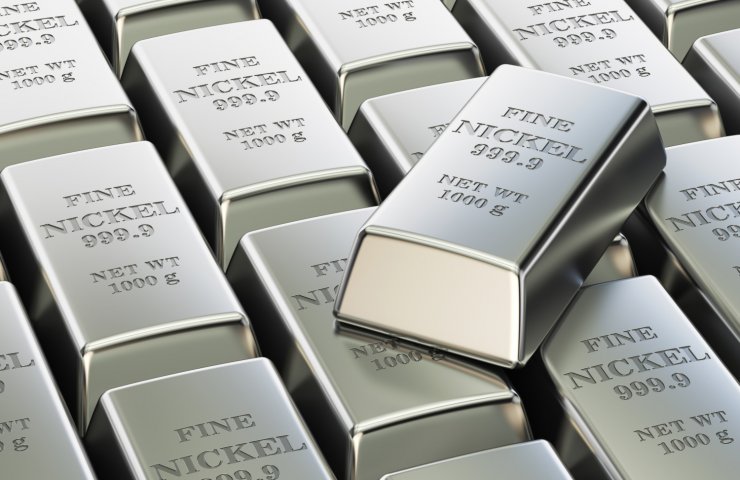 Nickel prices fell more than 8% during trading on Thursday to $ 15.945 per tonne amid easing fears of a shortage of the metal. This is the largest decline since December 2016, according to Trading Economics.

China's Tsingshan Holding Group, a nickel and stainless steel producer, announced that it will provide Huayou Cobalt with 60,000 tonnes of nickel matte used to make batteries and an additional 40,000 tonnes of CNGR during the year starting in October 2021. .

Nickel futures contacts have soared in price by more than 80% since March last year and reached a 6.5-year record at the end of February - 19.661 thousand dollars per tonne. Market growth was driven by forecasts of strong growth in sales of electric vehicles with nickel batteries.

Currently, 8% of the demand for refined nickel is accounted for by battery manufacturers, but this figure may reach 32% by 2040, according to the CRU forecast.

Recommended:
The transport strategy of Ukraine should provide for the localization of production - USPP
UK denies financial aid to Liberty Steel
Electrotyazhmash continues cooperation with national and European partners
On this topic
Business activity of Russian manufacturers showed the maximum drop in five months
Metinvest extended maturity of bonds
Tesla Announces $ 5 Billion Additional Share Issue
Citigroup experts did not rule out the collapse of Brent oil to $ 5 per barrel
Tesla sell their shares at a five percent discount
The fall in steel prices has reduced the foreign currency proceeds to the budget of Ukraine
Add a comment
Сomments (0)
News Analytics
Three European delegations visited the Mariupol commercial port in two days22-04-2021, 14:23
ArcelorMittal is the best employer in the MMC of Ukraine in 2021 - research22-04-2021, 14:28
US pledges to halve emissions by 2030 as part of renewed fight against global22-04-2021, 14:52
ArcelorMittal Raises Hot Rolled Steel Prices in Europe Above € 1,000 /Ton22-04-2021, 13:24
Chinese subway cars begin operational tests in Chicago22-04-2021, 13:44
Global hydrogen demand to grow 7-fold by 2070 - PwC21-04-2021, 12:31
World Steel Association predicts a good year for metallurgists15-04-2021, 18:19
World Steel Association defines green steel and its variations12-04-2021, 13:14
China unlikely to cut steel capacity in 2021 due to high steel prices07-04-2021, 12:11
Scrap metal market at the beginning of April02-04-2021, 11:10
Sign in with: