Tesla ends year with a profit for the first time in history, but investors are disappointed

Tesla has reported its first annual profit in its history. But investors were disappointed: the company did not name a new ambitious target for the supply of cars, limiting itself to vague forecasts. Tesla shares fell 5% and Elon Musk's fortune fell $ 3.7 billion. 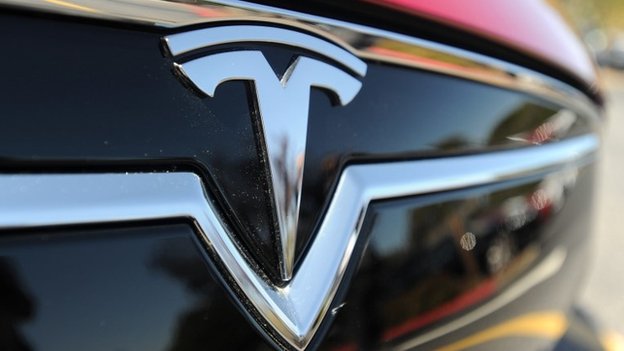 American electric vehicle manufacturer Tesla Inc. For the first time in its history, it ended the year with a net profit, and also announced plans to significantly increase production in the coming years, taking into account record deliveries last year.

Tesla plans to increase car production by about 50% per year and is likely to grow faster than this level in the current and next year, said the head of Tesla Elon Musk. Tesla sold about 500 thousand vehicles in 2020.

In the fourth quarter, Tesla delivered 180,570 vehicles, which was a quarterly record. But the company fell short of its goal for 2020 - to deliver half a million cars - the company delivered 499,550 cars for the whole year.

The company's shares after the publication of the results fell 5%. The fortune of Tesla CEO Elon Musk fell by $ 3.7 billion - to $ 186.6 billion, according to the Forbes Real-Time rating, which is updated in real time.

Tesla's numbers beat market forecasts for the previous five quarters, and the fact that they fell short of expectations in the fourth quarter disappointed investors. They also reacted negatively to the automaker's lack of a clear sales target for 2021, says CFRA analyst Garett Nelson.

Tesla's capitalization has skyrocketed 643% over the past 12 months and is currently over $ 837 billion. Musk associates the jump in the company's capitalization, in particular, with its developments in the field of self-driving cars.

Recommended:
28 officials prosecuted for explosion at gold mine in East China
TC Energy may sell all steel and equipment purchased for Keystone XL
Prices for gasoline and diesel fuel will grow by 1.5-1.6 hryvnia by the end of February - Derzhzovnishinform
On this topic
Tesla shares jump to record highs ahead of S&P 500 debut
Dow Jones refused to add Tesla shares to the S&P 500 index, provoking a collapse
Moody's has raised a sovereign rating of Ukraine to B3 with a stable Outlook
Elon Musk sells all his possessions in order to "devote himself to Mars"
Mother Elon musk helped his son to sell the Tesla in the new year's eve
USA: Winners and Losers in Trump's Trade War with China
Add a comment
Сomments (0)
News Analytics
UK Raises Tax Rates for Large Businesses to 25%03-03-2021, 18:09
Entrepreneurs agree with Ukrzaliznytsya an action plan to continue modernization03-03-2021, 17:31
Scrap metal collection in Ukraine increased by one and a half times due to high03-03-2021, 16:02
ArcelorMittal Kryvyi Rih will pay additional remuneration to its workers03-03-2021, 16:45
The government of Ukraine approved the National Economic Strategy until 203003-03-2021, 16:26
Spread between raw materials and high strength alloy steel in Europe increased01-03-2021, 20:21
Increase in prices is forecasted in the markets of steel raw materials -26-02-2021, 09:25
Troy ounce of gold will drop $ 500 in two years - Fitch25-02-2021, 18:29
Global iron ore production growth to outstrip cumulative production in India23-02-2021, 10:22
Fitch Ratings Warns of “Shocking Impact” on Fossil Fuel Exporters18-02-2021, 14:44
Sign in with: