Disputes between the EU and the US on subsidizing aircraft manufacturers have been going on since 2004. 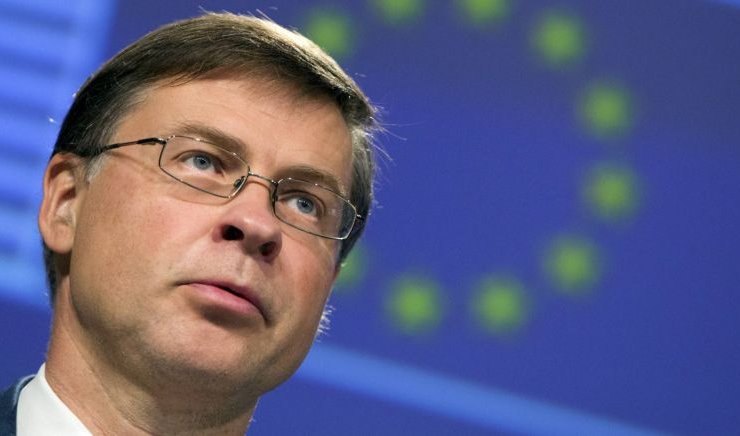 The European Union will introduce new customs duties on goods from the United States in connection with the illegal subsidization of Boeing by Washington. This was announced on Monday by Valdis Dombrovskis, Executive Vice President of the European Commission (EC).

"We have a decision of the World Trade Organization (WTO) on the Boeing case, which allows us to impose duties, and we are doing this, " AFP reported him.

At the same time, Dombrovskis noted that Brussels is open for negotiations.

"As the EU has repeatedly stated, we are ready to suspend or cancel duties at any time if the United States suspends or abolishes its duties, " the Vice-President of the European Commission added.

In October, the WTO allowed the EU to take countermeasures due to subsidies from the American aircraft manufacturer and increase duties on imports from the United States to the amount of up to $ 4 billion per year. Last year, granted a similar permit to the United States in the case of state support for Airbus, after which Washington imposed duties on European goods of $ 7.5 billion per year.

Recommended:
Swedish state-owned mining company to switch to hydrogen for DRI production
Metinvest increases environmental spending to $ 384 million in 2019
Ukrainian industrialists to talk about the benefits of Industry 4.0 at Trans4mation week online November 23-27
On this topic
EU gets WTO permission to increase duties on US imports
Airbus will cut aircraft production by a third due to coronavirus
Airbus suspends production in France and Spain
US increases tariffs on European planes with 10 to 15%
Emirates airlines is buying 50 new Airbus A350 aircraft
New US duties against European goods began on Friday
Add a comment
Сomments (0)
News Analytics
ArcelorMittal stops steel production in Spain due to workers' strike04-12-2020, 19:47
KVSZ demanded to adopt a program for updating the freight car fleet of JSC04-12-2020, 17:19
The Czech Republic has invented a paper that destroys the coronavirus04-12-2020, 13:55
Oleg Gladkovsky's Bogdan Motors company demands to protect the Ukrainian04-12-2020, 13:22
Metinvest increases environmental spending to $ 384 million in 201904-12-2020, 11:13
European Union scrap collectors worried about possible export restrictions18-11-2020, 10:41
Occupational diseases of workers in the extractive industry: types and ways to16-11-2020, 17:49
Eurofer expects recovery in EU steel demand05-11-2020, 09:47
Hot rolled carbon steel demand will continue to grow by 4% pa until 203004-11-2020, 16:14
Platts Steel Trade Review: China Will Decide Asia's Fate30-10-2020, 10:04
Sign in with: