The European Commission has approved 5.2 billion euros of state support for another massive hydrogen project

The hydrogen value chain in Europe is in its infancy. This makes it risky for companies and Member States to independently invest in such an innovative market. This is where government aid comes into play to unlock and attract significant private investment that otherwise would not materialize. In this case, state support of up to 5.2 billion euros is expected to unlock around another 7 billion euros of private investment. 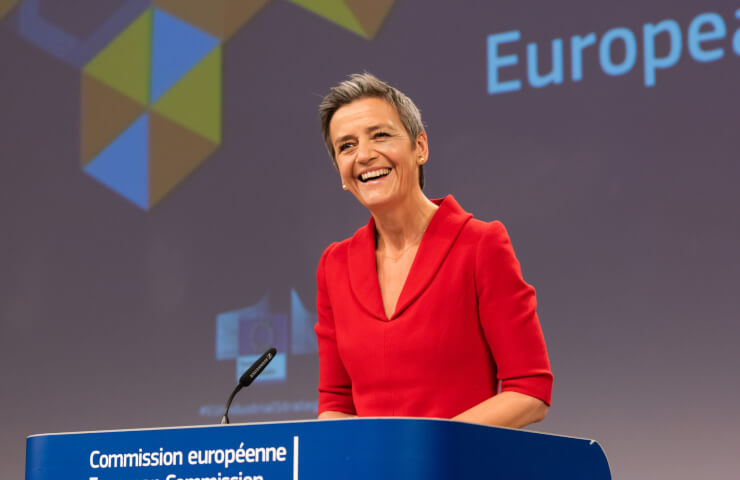 Member States will provide up to €5.2 billion of public funding, which is expected to unlock an additional €7 billion of private investment.

IPCEI Hy2Use follows and complements another project in the hydrogen value chain, IPCEI Hy2Tech, which the Commission approved just a couple of months ago.

IPCEI Hy2Tech focuses on the development of new technologies for the production, storage, transport and distribution of hydrogen, as well as applications in the mobility sector.

The Hy2Use project we approved today aims to increase the supply of low-carbon renewable hydrogen, as well as to enable the development and first commercialization of clean and innovative hydrogen technologies in other industries such as cement, steel and glass .

In particular, Hy2Use includes two different and complementary categories of participating projects: one involves the construction of large-scale infrastructure for the production, storage and transportation of renewable and low-carbon hydrogen, while others develop highly innovative technologies that lead to a reduction in greenhouse gas emissions in such industries, like the cement, steel and glass industries, which typically face large barriers to decarbonization.

“The development of low-carbon technologies, and in particular green hydrogen, and the creation of the necessary infrastructure for its implementation will take us one step closer to making Europe the first climate-neutral continent by 2050. It will also take us one step closer to a diversified mix of energy sources in Europe and hopefully many steps to overcome dependence on Russian fossil fuels, according to the REPowerEU plan,” said the Vice President of the European Commission.

The investment approved under the Hy2Use IPCEI will enable the construction of approximately 3.5 GW of new electrolysis capacity, resulting in the production of around 340,000 tonnes of low-carbon renewable hydrogen per year, helping to decarbonize some of Europe's most polluting sectors.

To give a concrete example of infrastructure, the Hy2Use Masshylia project, run by ENGIE and TotalEnergies, is about building and operating a 120 MW electrolyser, mainly based on renewable energy (solar and wind), which will provide industry and transport. The strategic location of the project in an important European industrial center and the port of Marseille creates a positive side effect and strengthens cooperation in the new European hydrogen highway.

Besides giving an example of application in the end-use sector, Hybrit's Hy2Use Fossil-free steel project intends to develop and implement at scale a revolutionary technology that completely replaces coal and coke used in steel production with renewable hydrogen. Complete elimination of greenhouse gas emissions from steel production. This project, which will also receive support from the EU Innovation Fund, shows the way to the future of the steel sector, one of the most polluting in the world.

Финансовая аналитика, прогнозы цен на сталь, железную руду, уголь и другие сырьевые товары. More news and analytics on Metallurgprom telegram channel - subscribe to get up-to-date market information and price forecasts faster than others.
Сomments
Add a comment
Сomments (0)
On this topic
The European Union has allocated 3.2 billion euros to Finance the production of batteries
Eurozone Industrial Producer Prices Up 5.3% In March
The European Commission will check the legality of the Alliance Fiat-Chrysler with Peugeot
Producer prices of industrial production in the Eurozone in November rose by 0.2%
The European Commission unveiled a plan for economic recovery after the pandemic
In the EU, rising prices for gasoline and diesel fuel
Recommended:
The abolition of export duty in India may reduce the price of Turkish steel
The owner of the Dnipro iron and steel works commented on reports of absentee arrest in the Russian Federation
The European Council added the violation of restrictive measures (sanctions) to the list of EU crimes
News Analytics
Analysts predict 5% annual growth in the iron casting market through 203006-12-2022, 12:44
Oman to build a new steel plant worth $3 billion in 3 years06-12-2022, 12:14
Tesla's Shanghai gigafactory set a new record for electric vehicle shipments in05-12-2022, 15:24
Sanjeev Gupta may lose control of his steel plants in Belgium05-12-2022, 13:55
Steel demand and weather in Australia will affect coking coal prices05-12-2022, 13:16
Analysts predict 5% annual growth in the iron casting market through 203006-12-2022, 12:44
Commodity prices will fall, metals quotes will rise slightly - Focus Economics28-11-2022, 13:28
Platinum market to face shortage next year - WPIC22-11-2022, 18:25
Global steel demand falls and will fall by 2.3% in 2022: WorldSteel19-10-2022, 23:12
Iron ore prices fall to 11-month low15-10-2022, 10:36
Sign in with: