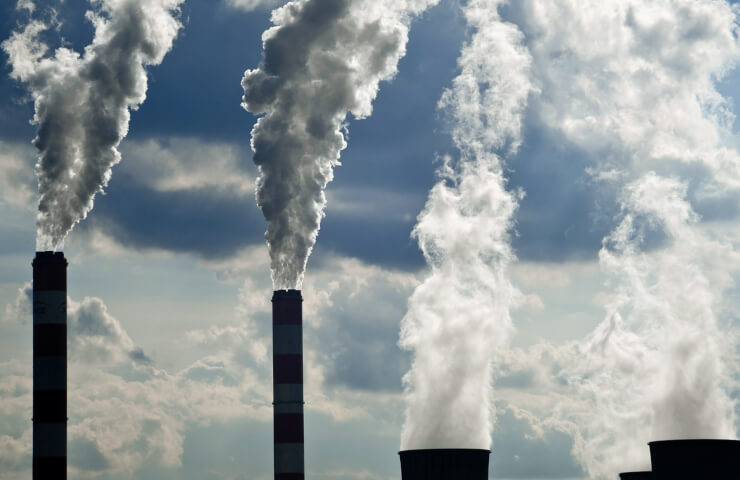 On Wednesday, the European Parliament approved its position in the resolution on the creation of the world's first Frontier Carbon Adjustment Mechanism (CBAM), with 450 votes in favor, 115 against and 55 abstentions. The plenary debate on CBAM took place on June 7.

The European Parliament agreed on the need for CBAM to reduce global carbon emissions by incentivizing non-EU countries to reduce their emissions and prevent the risk of carbon leakage, i.e. moving production outside the EU to countries with milder climate policies. However, MEPs are proposing a number of changes to boost climate ambitions.

Expanding the scope of CBAM

In addition to the commodities proposed by the Commission (iron and steel, refined petroleum products, cement, basic organic chemicals and fertilizers), Parliament wants CBAM to also cover organic chemicals, plastics, hydrogen and ammonia. To ensure smooth application, organic chemicals and polymers are subject to an assessment by the Commission of their technical characteristics. To better reflect the costs of CO2 emissions for European industry, MEPs also want to extend the CBAM to indirect emissions from electricity used by producers.

To avoid double protection, any free incentives given to EU industries under the ETS to overcome the risk of carbon leakage in the absence of fair competition should be completely phased out before 2032, when CBAM is fully operational for protected industries.

Furthermore, Parliament requests that the most efficient EU installations have an export adjustment mechanism to receive free ETS allocations for emissions related to the export of CBAM-regulated goods to non-EU countries that do not have ETS-like carbon pricing mechanisms . By December 31, 2025, the Commission will submit a report with a detailed assessment of the impact of ETS and CBAM on the production in the EU of goods covered by CBAM and exported outside the EU, on the development of global emissions and on the compatibility of export derogations with WTO principles.

The European Parliament emphasizes that coherence between CBAM and ETS is essential to respect for the principles of the World Trade Organization and that CBAM should not be misused as a tool to increase protectionism.

The need for a centralized EU body CBAM

Instead of having 27 competent authorities, Parliament believes that there should be one centralized CBAM body that would be more efficient, transparent and cost effective. It will also help fight importers' forum shopping practices.

The European Parliament wants the proceeds from the sale of CBAM certificates to go to the EU budget. The MEPs add that the EU should provide financial support at least equivalent to the financial value of the proceeds generated from the sale of CBAM certificates to support the efforts of the least developed countries to decarbonize their manufacturing industries. This support would help achieve EU climate targets and international commitments such as the Paris Agreement.

About 27% of global CO2 emissions from fuel combustion now come from goods sold internationally, and while the EU has substantially reduced domestic greenhouse gas emissions, emissions from the production of goods imported into the EU are constantly increasing, exploding. thus the EU's efforts to reduce global emissions.

Финансовая аналитика, прогнозы цен на сталь, железную руду, уголь и другие сырьевые товары. More news and analytics on Metallurgprom telegram channel - subscribe to get up-to-date market information and price forecasts faster than others.
Сomments
Add a comment
Сomments (0)
On this topic
EU approves targets to reduce greenhouse gas emissions by 55% by 2030
Hydrogen to be 'key element' of future EU economy - EU climate chief
The carbon tax on imported steel in the European Union will begin to be levied in 2023
European Commission Reveals Details of CBAM's Carbon Borders Mechanism
Trade agreement between UK and European Union reached
The European Parliament: hydropower plays a major role in the Energy strategy of the European Union
Recommended:
Russian metallurgists will need more than 10 years to replace imports of key equipment
Steel production in China declines in July, but this does not affect the large supply surplus
India's JISPL extends blast furnace maintenance indefinitely
News Analytics
Russian metallurgists will need more than 10 years to replace imports of key09-08-2022, 07:23
China reduced steel exports in July by one million tons or 12%08-08-2022, 17:41
World steel prices have moved from a protracted fall to growth08-08-2022, 16:27
Ferrexpo's net profit in the first half of the year decreased by 88%03-08-2022, 10:20
Ukrainian gas transportation system allowed to pump biomethane03-08-2022, 10:18
The US market may begin a collapse in prices for thick sheet14-07-2022, 09:39
High iron ore shortage could halt metallurgy's green transition28-06-2022, 14:02
Price volatility hits global steel market27-06-2022, 19:28
Recovery in China could be key to rising global steel prices - MEPS24-06-2022, 14:00
Conflict in Ukraine spurs Europe's drive for clean energy03-06-2022, 12:14
Sign in with: