The European Commission has presented an environmental plan EU Green Deal, involving the introduction of a carbon tax on imports of steel, aluminum and electricity. Exporters to Europe can calculate their losses. 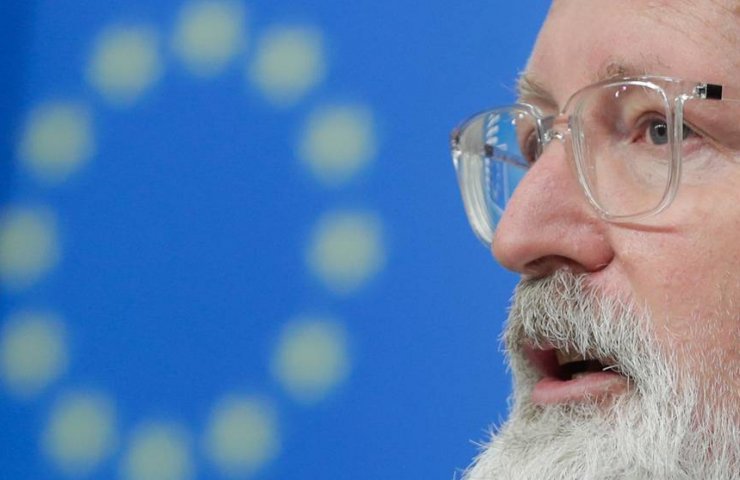 The European Commission today adopted a package of proposals to align EU climate, energy, land use, transport and tax policies to reduce net greenhouse gas emissions by at least 55% by 2030 from 1990 levels.

"Achieving such emission reductions in the next decade is critical for Europe to become the world's first climate-neutral continent by 2050 and to implement the European Green Deal," the European Commission noted.

The Carbon Footprint and Tax Base Reporting Scheme will be operational from early 2023, with importers given a three-year transition period before the levy begins January 1, 2026.

CBAM's new Carbon Boundary Mechanism will set a carbon price for imports of targeted products to ensure that emissions reductions in Europe contribute to global emission reductions, rather than pushing carbon-intensive production outside of Europe. It also aims to encourage industry outside the EU and international partners to take steps in the same direction.

The adopted mechanism for cross-border carbon regulation assumes that metals, pipes, fertilizers, cement and electricity can be imported into the EU only on the condition that each ton of carbon dioxide emissions generated during their production is paid for. It is assumed that the price for a ton of gas will correspond to the average price determined at auctions within the EU emissions trading system.

“Carbon pricing instruments increase revenues that can be reinvested to spur innovation, economic growth and investment in clean technologies,” the European Commission explained.

A new Social Climate Fund is proposed to provide targeted funding to Member States to help citizens finance energy efficiency investments, new heating and cooling systems, and cleaner mobility. According to the commission, the Fund will mobilize 144.4 billion euros "for a socially just transition period."

Финансовая аналитика, прогнозы цен на сталь, железную руду, уголь и другие сырьевые товары. More news and analytics on Metallurgprom telegram channel - subscribe to get up-to-date market information and price forecasts faster than others.
Сomments
Add a comment
Сomments (0)
On this topic
A working group will be created in Ukraine to interact with the European Commission on adjusting
In Ukraine, the potential losses were estimated at a billion euros after the introduction of a
The carbon tax on imported steel in the European Union will begin to be levied in 2023
Losses of Ukrainian industry from joining the European "Green Deal" will exceed half a
The new environmental plan of the European Commission shocked Poles: they will have to pay more for
Metinvest intends to invest another $ 413 million in environmental projects in Ukraine
Recommended:
EU plans additional sanctions against Russian metallurgy
China's leading industrial profits fall 2.1% in first 8 months
Deere invests billions in self-driving tractors
News Analytics
EBRD downgrades Ukrainian economic growth forecast for 2023 from 25% to 8%28-09-2022, 13:57
EU plans additional sanctions against Russian metallurgy27-09-2022, 10:34
The European Commission has approved 5.2 billion euros of state support for27-09-2022, 10:43
China's leading industrial profits fall 2.1% in first 8 months27-09-2022, 10:20
Moody's changed the outlook for the global mining industry to26-09-2022, 19:04
China production cuts in winter will give limited boost to steel markets -15-09-2022, 10:09
Steel prices may rise as manufacturers stop production11-09-2022, 14:06
IREPAS: The global long products market is in a "dramatic situation"10-09-2022, 20:49
Steel prices are unlikely to rise significantly in the near future - analysts02-09-2022, 22:58
Steel prices may move up on new data from China31-08-2022, 12:19
Sign in with: