Negotiators from the EU and the European Parliament agreed to toughen the limits on greenhouse gas emissions by 2030 by a third. 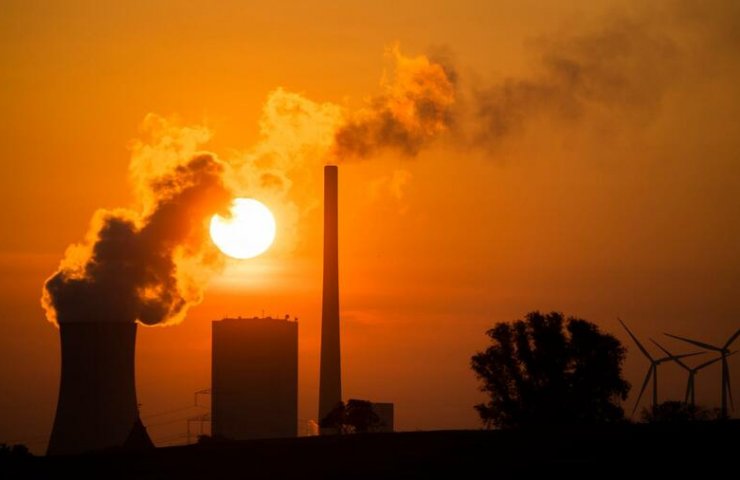 Representatives of the European Parliament and the Council of Member States in Brussels early Wednesday announced tightening of climate targets in the European Union. Now the reduction in CO2 emissions by 2030 should be at least 55%, compared with the previously approved 40%.

“This is an outstanding moment for the EU and a powerful signal to the whole world,” Frans Timmermans, Vice President of the EU Commission, wrote on Twitter. “Our commitment to a climate neutral EU will shape our policies for the next 30 years. This is a good day for people and the planet. ”

After more than 15 hours of negotiations, the negotiators in the European Parliament finally adopted the program, which the EU heads of state and government approved at the end of 2020. The EU parliament actually wanted much more: a 60% reduction in greenhouse gas emissions and a stricter calculation method. The deputies made concessions only in details.

Besides the percentage, the main point of contention was whether and to what extent the amount of carbon dioxide stored in forests, plants and soils should be included. MEPs complain that the inclusion of these so-called sinks weakens the emission reduction target. Instead of 55 percent, the actual savings would have been only 52.8 percent, Greens in particular complained.

As a result, the European parliamentarians agreed at least that the calculation of storage facilities will be limited to 225 million tons of carbon dioxide. The EU Commission should increase the binding capacity of forests to 300 million tons of carbon dioxide through afforestation, so that net greenhouse gas emissions can be reduced by more than 55%.

Parliament managed to create a climate council with 15 experts to support the implementation of the goals. In addition, a budget for greenhouse gas emissions for the next several decades has been determined, from which a milestone for 2040 can be determined.

The toughened 2030 target is a step towards making the EU climate neutral by 2050. To achieve this goal, almost all greenhouse gases must be stopped or stored in storage. This will require a comprehensive restructuring of the economy over the next 30 years towards renewable energy and emission-free production methods.

Финансовая аналитика, прогнозы цен на сталь, железную руду, уголь и другие сырьевые товары. More news and analytics on Metallurgprom telegram channel - subscribe to get up-to-date market information and price forecasts faster than others.
Сomments
Add a comment
Сomments (0)
On this topic
The European Union is preparing a new program to stimulate the production of electric vehicles
EU leaders approve plan to cut greenhouse gas emissions by 55% by 2030
Heads of European carmakers met with the Vice President of the European Commission for the Green
Trade agreement between UK and European Union reached
The European Union has called for an emergency climate situation
Ukraine and the European Union signed a Memorandum on the supply of strategically important raw
Recommended:
The United States refused to comply with the decision of the WTO on tariffs on steel and aluminum
British Steel seeks financial support from the government to continue work
China's crude steel production in 2022 falls for the second year in a row
News Analytics
EU Green Deal should encourage investment in mild steel projects: Eurofer02-02-2023, 16:32
Belarusian steel plant to operate at full capacity from February02-02-2023, 16:56
British Steel considers cutting up to 1,200 jobs at Scunthorpe02-02-2023, 11:50
Electric vehicles will play a key role in US aluminum production growth - Norsk01-02-2023, 12:17
The former president of Motor Sich was accused of aiding terrorists01-02-2023, 11:39
European stainless steel producers ready to raise prices31-01-2023, 16:16
S&P: Russia will continue to dominate the steel export market in the Black05-01-2023, 11:22
Fitch Analysts Predict Big Drop in Global Steel Consumption This Year14-12-2022, 13:59
Analysts predict 5% annual growth in the iron casting market through 203006-12-2022, 12:44
Commodity prices will fall, metals quotes will rise slightly - Focus Economics28-11-2022, 13:28
Sign in with: