Exemptions from the carbon tax when goods cross the EU border can be obtained by countries with a similar European emissions trading system or the poorest countries in the world, such as Ukraine. 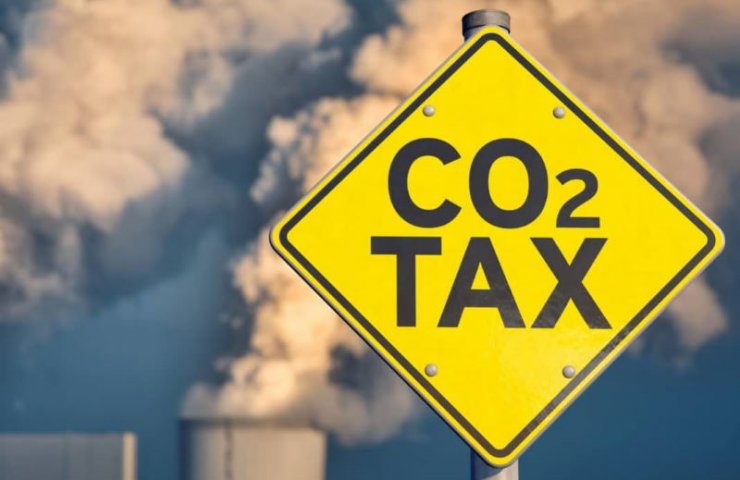 The European Union plans to start levying carbon charges on imports of certain goods, including steel, cement and electricity from 2023.

On July 14, the European Commission is to propose its Border Carbon Adjustment Mechanism (CBAM), a move designed to put EU companies on par with competitors in countries with weaker carbon policies.

Published by EURACTIV the document shows that the proposal will take the form of a decree establishing a carbon frontier regulator, with this measure being phased in from 2023, and the full implementation - from 2026.

Importers will need to provide details of the imported goods, including the "unique identifier assigned by the CBAM", type and quantity, country of origin and calculation used.

Importers will be required to purchase digital certificates, each representing a ton of carbon dioxide emissions contained in their imported goods.

The price of the certificates will be tied to the cost of permits in the EU carbon market and will be based on the average price of EU carbon auctions each week.

According to the document, the border tariff on carbon emissions will not apply to the countries of the customs union - Iceland, Liechtenstein, Norway and Switzerland. It will also not apply to EU overseas territories.

In the event that any country sets carbon prices similar to European ones, the tariff will also not be applied. At the same time, some of the poorest countries in the world can get exemption, said EU climate leader Frans Timmermans. It has already been reported that Ukraine will become one of these countries. Olga Stefanishina, Vice Prime Minister for European and Euro-Atlantic Integration, confirmed the agreement with the European Union that the introduction of the CBAM mechanism will not affect restrictions on trade with Ukraine.

Every year, by the end of May, importers will be asked to report the amount of emissions associated with the goods they imported into Europe in the previous year, plus the number of border duty certificates they have passed. If an independent verification does not confirm the declared volumes of "imported" emissions, without adopting, for example, the methodology for calculating emissions, the importer is fined three times the value of the "unselected" certificates. This will use some "basic" calculations.

The planned measure is part of a broader 2030 emission reduction package. The 27-nation bloc is tightening its environmental regulations as a result of a major reset that will affect everything from transportation to energy production and trade. The main goal of the Green Deal is to make Europe the world's first climate-neutral continent by mid-century.

Финансовая аналитика, прогнозы цен на сталь, железную руду, уголь и другие сырьевые товары. More news and analytics on Metallurgprom telegram channel - subscribe to get up-to-date market information and price forecasts faster than others.
Сomments
Add a comment
Сomments (0)
On this topic
A working group will be created in Ukraine to interact with the European Commission on adjusting
European Commission Reveals Details of CBAM's Carbon Borders Mechanism
Russia will develop a carbon tax mechanism similar to the European ETS
In Ukraine, the potential losses were estimated at a billion euros after the introduction of a
Elon Musk contracted coronavirus, but doubts the reliability of the tests
British Defense Department wants to gain control of a steel plant in South Yorkshire
Recommended:
Metinvest enterprises in Ukraine resumed work after massive shelling of infrastructure
China to halve ferroalloy production due to weak demand
Ukraine reduced the export of semi-finished products from carbon steel by 70.3%
News Analytics
China's iron ore output to rise in 2023 as new projects are launched30-11-2022, 18:10
"Centravis" agreed to supply a new batch of seamless pipes to a30-11-2022, 16:51
Metinvest enterprises in Ukraine resumed work after massive shelling of29-11-2022, 11:59
The European Council added the violation of restrictive measures (sanctions) to28-11-2022, 14:22
The abolition of export duty in India may reduce the price of Turkish steel28-11-2022, 14:07
Commodity prices will fall, metals quotes will rise slightly - Focus Economics28-11-2022, 13:28
Platinum market to face shortage next year - WPIC22-11-2022, 18:25
Global steel demand falls and will fall by 2.3% in 2022: WorldSteel19-10-2022, 23:12
Iron ore prices fall to 11-month low15-10-2022, 10:36
China production cuts in winter will give limited boost to steel markets -15-09-2022, 10:09
Sign in with: