Europe's largest pure hydrogen plant to be built in the Netherlands

Shell intends to decarbonize its oil production in the Netherlands by sending hydrogen to its plant in Rotterdam. 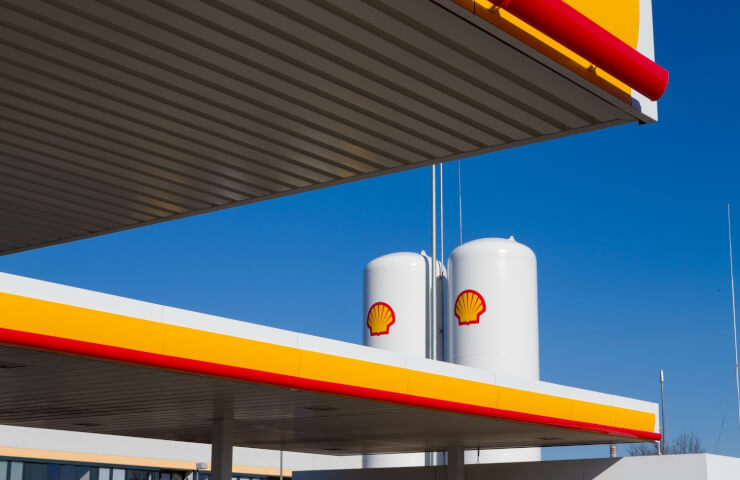 It is expected that the Shell Holland Hydrogen I plant will be built in the Netherlands, namely in the port of Rotterdam. The green energy consumed by the 200 MW cell will come from the Hollandse Kust (Noord) offshore wind farm, also owned by Shell.

This huge electrolyser will produce 60 tons of hydrogen per day. This hydrogen will be used to power the Shell Energy and Chemicals Park Rotterdam refinery. This will partially decarbonize the production of petroleum products.

Shell, in explaining the use of hydrogen in this way, refers to the fact that there is currently no proper demand for hydrogen in the transport sector. When fuel cell commercial and passenger vehicles become popular, Shell announces that some of the products will be reoriented to this market, which will significantly help the process of decarbonization of transport.

In addition to the new plant, Shell intends to install hydrogen pumps at some filling stations, especially in strategic locations such as highways and major cities. This would unravel the Gordian knot that hydrogen and hydrogen fueled vehicles (FCEVs) are currently in: automakers don't sell hydrogen cars because there aren't hydrogen gas stations, and energy companies aren't investing in hydrogen stations because there aren't enough hydrogen cars. In this situation, someone has to make the first move.

A good way to solve this problem would be to use hybrid (PHEV) fuel cells. Instead of burning hydrogen or gasoline, they will use the hydrogen in their tanks to efficiently recharge their batteries. NamX and Toyota are pursuing a swappable hydrogen capsule strategy. Shell, in turn, can help them by building the world's largest clean hydrogen plant.

Финансовая аналитика, прогнозы цен на сталь, железную руду, уголь и другие сырьевые товары. More news and analytics on Metallurgprom telegram channel - subscribe to get up-to-date market information and price forecasts faster than others.
Сomments
Add a comment
Сomments (0)
On this topic
ThyssenKrupp starts a hydrogen electrolyser project in the Port of Rotterdam
Hydrogen to be 'key element' of future EU economy - EU climate chief
The authorities of Rotterdam agreed to dismantle the historic bridge for the passage of the yacht
German auto giants are betting on hydrogen cars
Belarus suspends export of petroleum products through Lithuania
Europe intends to increase the production of hydrogen electrolyzers tenfold in three years
Recommended:
Russia has updated the list of strategic minerals to include rare earth metals
UK government to set up Critical Minerals Agency
London Metal Exchange for the first time in history banned trading for ethical reasons
News Analytics
Ukrainian court invalidated sale of Ferrexpo Plc shares in 200222-09-2022, 12:45
EU Commission not doing enough to save aluminum industry - associations21-09-2022, 11:07
Steel market in Europe expects big production cuts due to weak demand20-09-2022, 11:13
Ford warns investors to cut car deliveries due to parts shortages20-09-2022, 10:43
The price of lithium resumes insane growth after Elon Musk's remarks20-09-2022, 10:54
China production cuts in winter will give limited boost to steel markets -15-09-2022, 10:09
Steel prices may rise as manufacturers stop production11-09-2022, 14:06
IREPAS: The global long products market is in a "dramatic situation"10-09-2022, 20:49
Steel prices are unlikely to rise significantly in the near future - analysts02-09-2022, 22:58
Steel prices may move up on new data from China31-08-2022, 12:19
Sign in with: