The startup has secured funding to build a clean hydrogen steel plant in Boden in northern Sweden in its first round of offering, with H2 Green Steel saying in a statement that 60% of initial production has already been sold to customers. 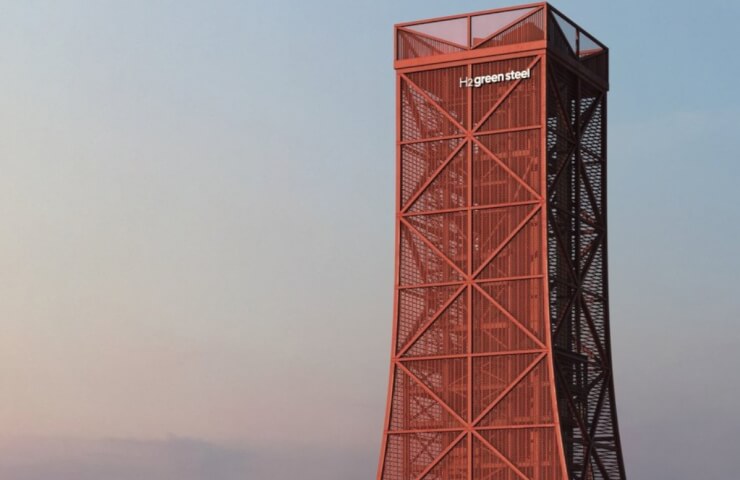 Swedish startup H2 Green Steel, which aims to build a clean hydrogen steel plant in Boden in northern Sweden, has raised €190m ($190.6m) in its first round of funding, according to message H2 Green Steel on Monday.

H2 Green Steel, which has already received approval to build its plant in Boden and has begun earthworks and construction, said the funding showed confidence in the company despite global market uncertainty.

“This funding round has enabled us to bring together leading industrial companies and global financial institutions with investors with strong Swedish ownership, creating an investor base that will set us up for success,” added CEO Henrik Henriksson.

Andreas Schick, COO of Schaeffler, which has a commercial partnership with H2 Green Steel, said securing supply chains and making them more resilient is a top priority for the company.

"Through its involvement, Schaeffler secures a long-term supply of flat steel and significantly strengthens its network in this critical material area," Schick added.

Финансовая аналитика, прогнозы цен на сталь, железную руду, уголь и другие сырьевые товары. More news and analytics on Metallurgprom telegram channel - subscribe to get up-to-date market information and price forecasts faster than others.
Сomments
Add a comment
Сomments (0)
On this topic
German Schaeffler destroyed 8.5 tonnes of fake bearings
Swedish court authorizes construction of steel mill for the first time in 50 years
Money laundering scandal leads to resignation of Swedbank chairman
Thyssenkrupp to build hydrogen-fueled steel plant by 2025
Liberty Steel wants to catch a fish in a murky story with British Steel
Electricity prices put Sweden before a choice between steel smelting and cryptocurrency mining
Recommended:
The state will not support the export of metals from Russia - Ministry of Industry and Trade of the Russian Federation
Russia will allocate more than $700 million for the production of domestic aircraft engines
Russian steel production fell by 6%
News Analytics
Metinvest enterprises in Ukraine resumed work after massive shelling of29-11-2022, 11:59
The European Council added the violation of restrictive measures (sanctions) to28-11-2022, 14:22
The abolition of export duty in India may reduce the price of Turkish steel28-11-2022, 14:07
Australia and the UK aim to catch up and overtake China in the battery metal26-11-2022, 22:37
The United States imposed a ban on the import and sale of equipment from26-11-2022, 22:31
Commodity prices will fall, metals quotes will rise slightly - Focus Economics28-11-2022, 13:28
Platinum market to face shortage next year - WPIC22-11-2022, 18:25
Global steel demand falls and will fall by 2.3% in 2022: WorldSteel19-10-2022, 23:12
Iron ore prices fall to 11-month low15-10-2022, 10:36
China production cuts in winter will give limited boost to steel markets -15-09-2022, 10:09
Sign in with: