The words of the CEO of a leading German auto maker sound provocative against the backdrop of the widespread passion for hydrogen mobility technologies. 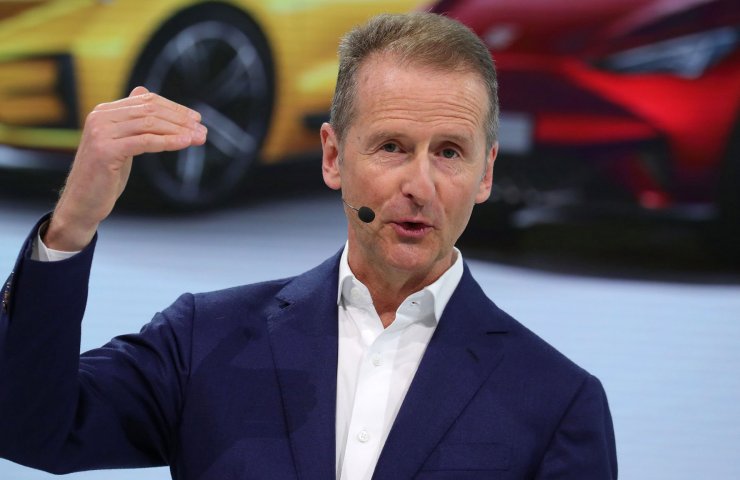 The Volkswagen CEO said that the use of hydrogen as a vehicle fuel does not have a commercial prospect and therefore the company will not develop such vehicles. Herbert Diess stated this on his official Twitter account.

It's time for politicians to accept science: Green hydrogen is needed for steel, chemical, aero, ... and should not end up in cars. Far too expensive, inefficient, slow and difficult to rollout and transport. After all: no #hydrogen cars in sight .

“It's time for politicians to understand that hydrogen is needed in metallurgy, aircraft construction and the chemical industry, but not for cars. It is too expensive and inefficient, the infrastructure is developing slowly, there are great difficulties in transportation, therefore, no, we do not have hydrogen cars in our plans, "wrote Diss.

Other manufacturers disagree with Volkswagen head: Hyundai by the end of the decade plans to sell up to 700,000 hydrogen Nexo crossovers, Toyota recently launched sales of the second generation Mirai sedan, BMW develops hydrogen X5, not to mention the truck companies (Hino, MAN, Hyundai, Mercedes, Toyota, Volvo) - they are sure that hydrogen is the future.

Formerly Federal Minister of Transport and Digital Infrastructure of Germany Andreas Scheuer stated that he believes hydrogen technology works and represents a milestone on the road to future carbon neutral mobility. The German government regularly provides millions of euros in subsidies to developers of hydrogen mobility facilities under the Federal Republic of Germany's National Innovation Program "Hydrogen and Fuel Cell Technology" (NIP).

Финансовая аналитика, прогнозы цен на сталь, железную руду, уголь и другие сырьевые товары. More news and analytics on Metallurgprom telegram channel - subscribe to get up-to-date market information and price forecasts faster than others.
Сomments
Add a comment
Сomments (0)
On this topic
Steel companies from the EU and South Korea will jointly develop steel for Hyperloop
The Duke and Duchess of Cambridge visited the steel plant Tata Steel
Tata Steel commented on reports of mass layoffs in Europe
Tata Steel joined the project of construction of European hyperloop
Fuselages of all Airbus A220 aircraft are manufactured in China
Baku Steel Company appoints new director to replace Mammadov, who was arrested the day before
Recommended:
European steel price rise that began in January will be short-lived - MEPS
The US continued to reduce steel imports in December year-on-year
Interpipe reduced steel production and sharply reduced capital investment
News Analytics
War in Ukraine to accelerate world economy transition to clean energy - BP30-01-2023, 11:49
ArcelorMittal invests $120m in US green steel company30-01-2023, 11:11
The United States refused to comply with the decision of the WTO on tariffs on29-01-2023, 20:08
China remains the world leader in shipbuilding with a 50% share of new shipyard29-01-2023, 12:35
Prices for metal products in Ukraine increased by 26% last year29-01-2023, 12:06
S&P: Russia will continue to dominate the steel export market in the Black05-01-2023, 11:22
Fitch Analysts Predict Big Drop in Global Steel Consumption This Year14-12-2022, 13:59
Analysts predict 5% annual growth in the iron casting market through 203006-12-2022, 12:44
Commodity prices will fall, metals quotes will rise slightly - Focus Economics28-11-2022, 13:28
Platinum market to face shortage next year - WPIC22-11-2022, 18:25
Sign in with: