ThyssenKrupp starts a hydrogen electrolyser project in the Port of Rotterdam

Shell will be the customer for the 200 MW electrolyzer and the seller of "green" hydrogen to local industrial enterprises and transport companies. 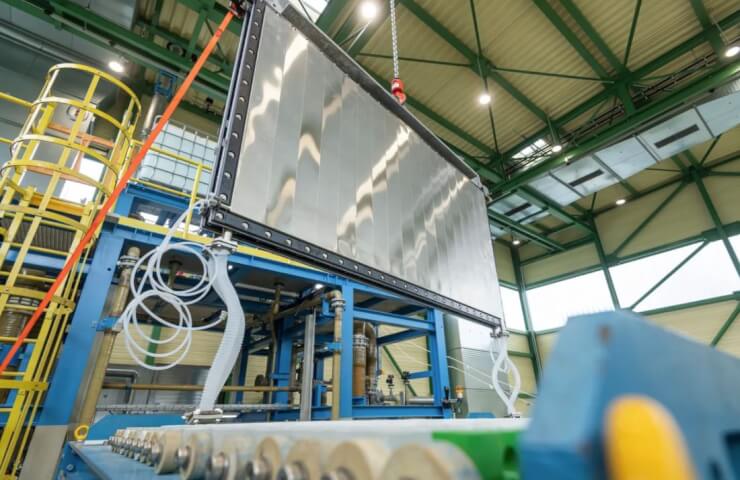 German engineering and metallurgical concern ThyssenKrupp has signed a contract with Shell for the supply of equipment for the Hydrogen Holland I project in the port of Rotterdam in the Netherlands.

As part of the contract, ThyssenKrupp Uhde Chlorine Engineers will manufacture a 200 MW hydrogen electrolysis system based on its large 20 MW alkaline water electrolysis module.

The center of the hydrogen project "Hydrogen Holland I" will be a turbine hall with an area of ​​more than 2 hectares. Green hydrogen will be used by industry and the transport sector.

Electricity for the electrolysis of hydrogen will come from the Hollandse Kust (Noord) offshore wind farm with green guarantees. The hydrogen will be transported through a pipeline about 40 kilometers long, which leads from the electrolytic cell to the Rotterdam Energy and Chemical Park and on to Shell.

Climate neutrality is one of the top priorities for the site: reusable building materials will be used wherever possible, and the outside walls of the plant are equipped with solar panels.

Green hydrogen is an important pillar of the energy transition to sustainable decarbonization. Countries that account for more than 80 percent of global GDP are expected to enter the hydrogen economy with their own hydrogen strategy by 2025.