UK steel production will be at a record low this year, the lowest since World War II, and it is hard to say if there will be a recovery in 2023, an official from Britain's International Steel Bureau of Statistics (ISSB) said. 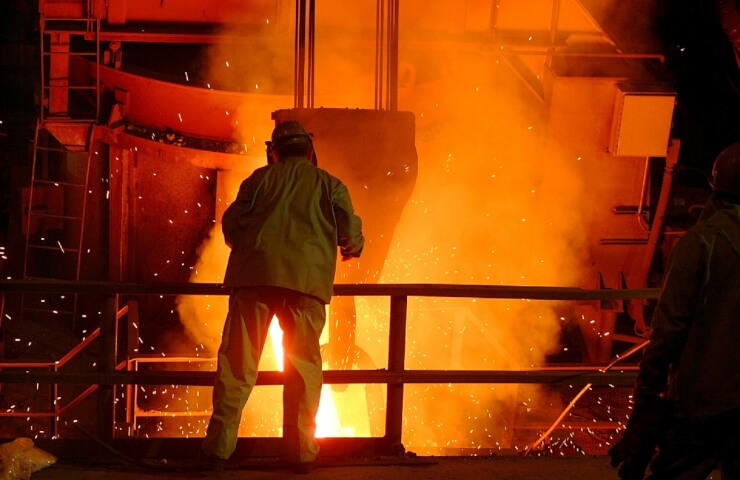 In 2022, UK steel production is expected to fall to below 7 million tonnes of steel from 7.2 million tonnes in 2021, when the market hit the COVID-19 downturn, Steve Andrews said. commercial manager of the International Bureau of Steel Statistics (ISSB).

The fall in production this year comes amid a global decline in steel production, Andrews said. Worldsteel, the world steel association, announced on September 22 that global crude steel production fell 5.1% year-over-year between January and August to 1.25 billion tons: the only region to show an increase in production over this period , was the Middle East. in recent months, it has suffered less from rising energy prices than other regions.

In the UK, the second half of the year will be 'subdued' in terms of market demand, especially in the automotive sector, while 'runaway' inflation, currently hovering around 10% yoy, will deal a devastating blow to the impact on consumer confidence and spending, said Andrews.

The UK construction PMI is below 50 and is at its lowest level in many years, which is a constraining factor for the market, the chief executive of ISSB continued. On the other hand, a recovery in the aerospace sector is supporting the production of specialty products, while a higher oil price could support the pipe market.

Other factors weighing on the health of the UK steel sector this year are rising energy costs, which more than offset the benefits of lower raw material costs, a large price gap between Asia and Europe and higher interest rates threatening the affordability of mortgages .

ISSB data shows that in 2020 it cost just over £400 ($450.20) to produce a metric ton of long steel in an electric arc furnace in the UK, including electricity and other costs, while in August 2022 it cost around £790 pounds sterling per ton. Now, even with the UK government's price cap imposed on 21 September for the period October 2022 to March 2023, it will cost around £970/t, currently above average market prices for long products in Northern Europe.

Финансовая аналитика, прогнозы цен на сталь, железную руду, уголь и другие сырьевые товары. More news and analytics on Metallurgprom telegram channel - subscribe to get up-to-date market information and price forecasts faster than others.
Сomments
Add a comment
Сomments (0)
On this topic
Prospects for the development of the economy and steel market in the EU in 2019-2020
ArcelorMittal expects real steel demand in Europe to be 'at least stable'
Scarcity of computer chips halted the rally in steel prices
Eurofer expects demand for steel in the EU by 3.1% and sees no bottom
Eurofer: problems of the European steel market will last until the second half of 2020
War returns to Europe. How will this affect steel supply?
Recommended:
The owner of the Dnipro iron and steel works commented on reports of absentee arrest in the Russian Federation
Dneprovsky Metallurgical Plant received almost UAH 2 billion in net profit last year
The state will not support the export of metals from Russia - Ministry of Industry and Trade of the Russian Federation
News Analytics
Analysts predict 5% annual growth in the iron casting market through 203006-12-2022, 12:44
Oman to build a new steel plant worth $3 billion in 3 years06-12-2022, 12:14
Tesla's Shanghai gigafactory set a new record for electric vehicle shipments in05-12-2022, 15:24
Sanjeev Gupta may lose control of his steel plants in Belgium05-12-2022, 13:55
Steel demand and weather in Australia will affect coking coal prices05-12-2022, 13:16
Analysts predict 5% annual growth in the iron casting market through 203006-12-2022, 12:44
Commodity prices will fall, metals quotes will rise slightly - Focus Economics28-11-2022, 13:28
Platinum market to face shortage next year - WPIC22-11-2022, 18:25
Global steel demand falls and will fall by 2.3% in 2022: WorldSteel19-10-2022, 23:12
Iron ore prices fall to 11-month low15-10-2022, 10:36
Sign in with: