German steel and engineering company Thyssenkrupp intends to stay only metallurgical, considering it the most advantageous direction in the future. 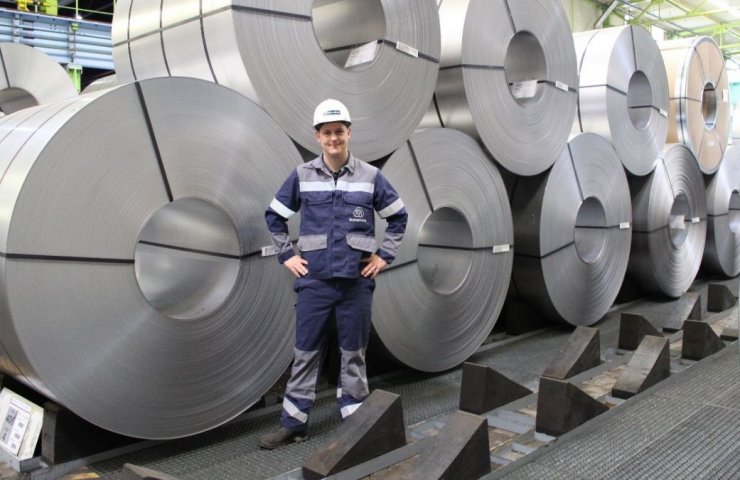 the Largest steel producer in Germany, Thyssenkrupp will remain loyal to its Steel Europe division, which threatened 2,000 redundancies, said a member of the Board of Directors Klaus Geisberg in charge of the division on trade in steel. These words he uttered just a few weeks before the German industrial conglomerate will unveil a new strategy of development.

Trade of steel and materials will become the core of Thyssenkrupp after a scheduled full or partial sale of units for the production of elevators, automotive parts, plant engineering and shipbuilding.

"Together with the team at Steel Europe, we will create a great future for the steel industry," said Klaus Kasberg at the opening of a new production site in Dortmund in the Ruhr area, the industrial heart of Germany. "New steel strategy, which we will introduce in the near future, also will give a clear signal to this region, where we operate more than 200 years: the steel remains", - he said.

due to the four warnings of losses and two failed attempts at restructuring Thyssenkrupp forced to consolidate the funds from the sale of elevators and to submit to the shareholders a compelling story to justify the existence of the rest of the business.

"It's true that times are tough, and we readily admit it: our own results, which are inadequate in parts, and the weakening economy in important markets contribute to this," said Kasberg, joined the Board of Directors on 1 October.

the Dortmund Plant will produce more than 50,000 tons of hot-dip galvanized steel (galvanized steel) for the automotive industry and will create 100 new jobs, which will require total investment of around 250 million euros (278 million U.S. dollars).

Recommended:
China to build high standard free trade zone network to reach worldwide - Xinhua
Morgan Stanley: It's time to return to Russian assets
ArcelorMittal is preparing to announce another price increase in the next few days
On this topic
German giant Thyssenkrupp resigns from blue-chip status
Germany's largest steelmaker sues European Commission
British Steel lenders insist on plant closure
Is the German auto industry preparing for a collapse?
British Steel buyer has not yet appeared
German Thyssenkrupp will look for new partners in the metallurgical business
Add a comment
Сomments (0)
News Analytics
Bosch launches automotive chip plant in Dresden08-03-2021, 13:45
Eurozone investor morale at its highest rise in 12 months08-03-2021, 12:30
Port on the coast of Pilbara in Australia stops shipments of iron ore due to08-03-2021, 11:14
Coronavirus drove Belgian skiers to the slopes of the Charleroi waste heap07-03-2021, 13:52
US Steel focuses on the production of nanosteel for high-strength alloys07-03-2021, 13:46
Spread between raw materials and high strength alloy steel in Europe increased01-03-2021, 20:21
Increase in prices is forecasted in the markets of steel raw materials -26-02-2021, 09:25
Troy ounce of gold will drop $ 500 in two years - Fitch25-02-2021, 18:29
Global iron ore production growth to outstrip cumulative production in India23-02-2021, 10:22
Fitch Ratings Warns of “Shocking Impact” on Fossil Fuel Exporters18-02-2021, 14:44
Sign in with: