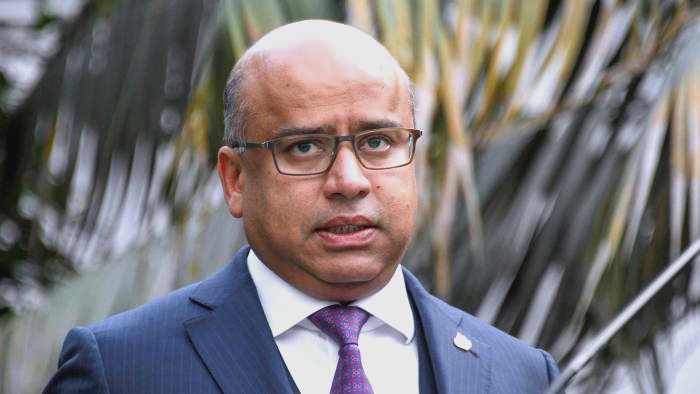 Germany's largest steelmaker, ThyssenKrupp, on Wednesday completed negotiations with Liberty Steel on a possible acquisition of ThyssenKrupp Steel Europe, noting that the sale of the German steel business to the British company Liberty Steel will not take place.

“We opened the door for negotiations, but in the end our ideas about the value of the company and the structure of the deal were very different. Therefore, we decided to end the negotiations. We regret this because we viewed Liberty Steel as a serious prospect. "- stated Dr. Klaus Keisberg.

Three weeks ago, Liberty Steel presented ThyssenKrupp with an updated, optional offer to acquire the assets of ThyssenKrupp Steel Europe. The company has carefully studied this offer from Liberty. Thyssenkrupp and Liberty Steel had a close exchange of views on a number of difficult issues. As a result, however, it was not possible to find a common solution for the basic requirements of ThyssenKrupp, the German concern said in a statement.

ThyssenKrupp said it will now develop its steel division on its own.

Thyssenkrupp Steel Europe for the first time in many months showed good profit and the group decided to continue the reconstruction and modernization of steel plants in Germany at an accelerated pace.

The group's steel division, which is supposedly being sold but can now be spun off and retained as part of the group, posted an adjusted operating profit of € 20 million ($ 24 million) in the first quarter, compared with a 127 million loss in the same period last year.

Recommended:
The Ministry of Energy, Energoatom and Hotmine discussed the construction of mining farms at Ukrainian nuclear power plants
Germany's second largest steel company announces force majeure on supplies due to snowfall
Chinese commercial launch vehicle "Hyperbola-1" exploded on takeoff
On this topic
Thyssenkrupp says it will cost too much to support the German government
Sanjiv Gupta one of these days will find out all the financial secrets of the largest German steel
British billionaire Sanjeev Gupta raises the stakes in race for Thyssenkrupp Steel assets
Thyssenkrupp says negotiations to sell steel business have not progressed a step
Trade of steel will be the core of the German company Thyssenkrupp
Los Angeles Times: a Perfect storm in the American market of steel
Add a comment
Сomments (0)
News Analytics
Where and how much gold is there in Ukraine?25-02-2021, 21:28
A plot with copper deposits in the Volyn region of Ukraine has risen in price25-02-2021, 18:26
ArcelorMittal is preparing to announce another price increase in the next few25-02-2021, 18:43
Indonesian gold mine collapse kills 3 people, 5 missing25-02-2021, 18:41
MMK them. Ilyich purchased electricity from Energoatom for 26 million hryvnia25-02-2021, 13:12
Troy ounce of gold will drop $ 500 in two years - Fitch25-02-2021, 18:29
Global iron ore production growth to outstrip cumulative production in India23-02-2021, 10:22
Fitch Ratings Warns of “Shocking Impact” on Fossil Fuel Exporters18-02-2021, 14:44
Raw material prices rise by about 10.5% in January 2021 - Deutsche Industriebank12-02-2021, 10:48
JP Morgan Analysts Announce New Super Growth Cycle in Commodities11-02-2021, 17:56
Sign in with: