The CFO of the German concern Thyssenkrupp said that his company no longer counts on state aid through the emergency fund. 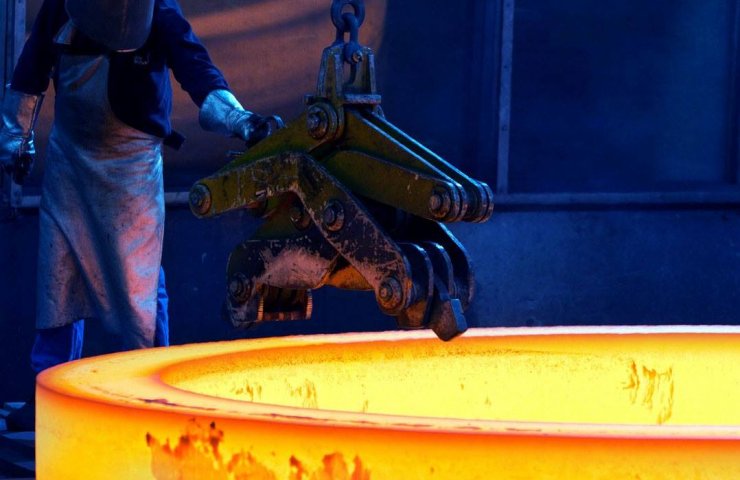 Germany's largest steelmaker, Thyssenkrupp, said government support would be too costly. Its chief financial officer, Klaus Keisberg, said in an interview with the German newspaper Rheinische Post that the WSF, set up by the government to help affected populations in the aftermath of the pandemic, "is not the right vehicle" to support the concern.

Keisberg noted that the costs of this scenario - which is likely to include direct government involvement - could seriously threaten the future prospects of the steel division.

“This would result in significant and steadily increasing annual interest payments, which could account for about 9% of total assistance. This cannot be satisfied by the cash flow of the steel business, ”Keisberg said.

The news sparked outrage at IG Metall, which pushed for government involvement as a way to save a business that suffered operating losses of nearly € 1 billion ($ 1.2 billion) last fiscal year.

Jurgen Kerner, IG Metall spokesman and deputy chairman of Thyssenkrupp's supervisory board, said it was irresponsible to completely rule out any form of government involvement.

He recalled that Thyssenkrupp CEO Martina Merz has not yet ruled out state aid.

According to the forecasts of the company itself, Thyssenkrupp expects to receive a net loss of more than one billion euros in the 2020-2021 financial year.

Earlier this year, Thyssenkrupp undertook a strategic analysis of its steel business, with scenarios including full or partial sale, as well as possible sale of a stake in the business to the state.

Thyssenkrupp said they would decide the fate of the unprofitable steel division in March 2021.

“We also see significant upside potential for the value of our steel business in a stand-alone scenario,” Keisberg said.

Recommended:
South Korean metallurgists presented commemorative plaques to veterans of the Korean War
Construction of Nord Stream 2 in Danish waters to begin on January 15 - DEA
Central Asian Exports Decrease By 24 Percent In 2020
On this topic
Akademik Chersky arrives at the Nord Stream 2 pipe-laying site
British billionaire Sanjeev Gupta raises the stakes in race for Thyssenkrupp Steel assets
ThyssenKrupp sold its Elevator business dropped 17.2 billion euros
The Swiss manufacturer of elevators challenged the sale of Elevator division Thyssenkrupp
Trade of steel will be the core of the German company Thyssenkrupp
Is the German auto industry preparing for a collapse?
Add a comment
Сomments (0)
News Analytics
Lenovo remains the global leader in personal computer shipments in 202017-01-2021, 08:19
Ukrzaliznytsia held successful auctions for the sale of scrap metal with an16-01-2021, 17:35
Gosgeonedra of Ukraine is moving to the world geodetic coordinate system WGS-8416-01-2021, 13:38
The only uranium mining enterprise in Ukraine reduced uranium production by 7.1%16-01-2021, 13:52
China's New Energy Vehicle Sales to Grow 54% in 202116-01-2021, 12:32
China will overtake the United States to become the world's largest economy in27-12-2020, 12:04
The shortage in the US steel market will last at least until the end of the25-12-2020, 11:36
Steel production in China to surpass one billion tons this year23-12-2020, 10:59
Iron ore prices hit seven-year high and continue to rise15-12-2020, 10:26
Prices for metallurgical raw materials continue to rise in regional markets10-12-2020, 11:32
Sign in with: