the Largest automakers of Germany are forced to manufacture cars that run on electricity falling under the pressure of the European Union, fighting against greenhouse gas emissions. 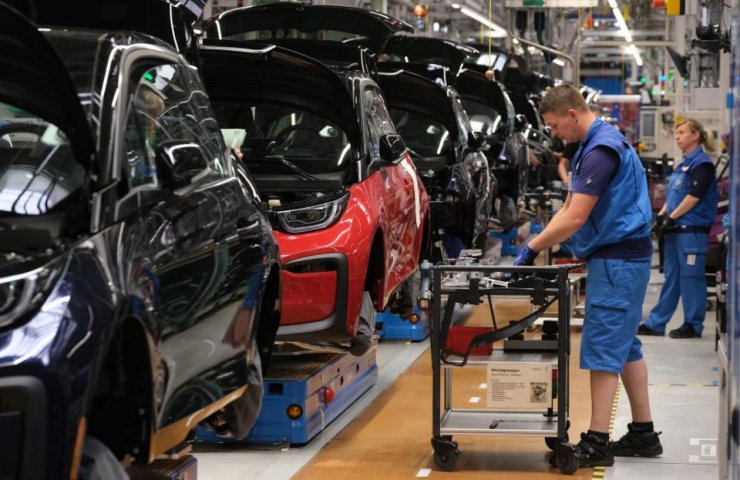 the Transition to electric vehicles by 2030 could lead to a loss of 410 000 jobs in Germany, writes the newspaper Handelsblatt on Monday.

Only in the segment of production of engines and transmissions under reduction will get about 88 000 jobs, the newspaper said, citing a report of the National platform for the future of mobility (NPM), an Advisory Council under the government.

the report said that the engines of the electric vehicles consist of fewer parts and require less maintenance than internal combustion engines, which will lead to massive layoffs in the automobile industry.

car Production will be further automated and will not be sufficient to maintain the current level of jobs, writes Handelsblatt.

the Main body of the automotive industry (VDA), which in December warned about the loss of jobs in 2020 because of falling global auto sales, said that the forecast of the NPM is based on "unrealistic extreme scenarios".

the Industry, which is an important factor in the growth of Europe's largest economy, is accelerating plans to launch electric vehicles under pressure from the European Union aimed at further reducing carbon dioxide emissions.

Earlier it was reported that as part of the reorganization of automobile manufacturing AUDI AG planiruet to cut up to 9,500 jobs by 2025. Manufacturer of luxury cars Mercedes-Benz planiruet cut at least 1,000 jobs at its plants in 2020. German automotive component manufacturer Continental planiruet cut to 2028 5 500 jobs after it was accepted the decision on liquidation of business associated with petrol and diesel engines.

Recommended:
Ice Apocalypse In Texas Spurs Up Gas Prices In Europe
At the Kherson shipyard, the dry cargo ship was lengthened by 25 meters, increasing the volume of the hold by 64%
Ukrmetallurgprom demands to stop subsidizing passenger railways carriage of goods
On this topic
Audi cut 9500 jobs in Germany by 2025: official statement
Nio, Tesla's Chinese rival, struggles to survive
German giant Thyssenkrupp resigns from blue-chip status
Posco prepares for the green car era
Samsung SDI and Volvo to jointly develop batteries for electric vehicles
Is the German auto industry preparing for a collapse?
Add a comment
Сomments (0)
News Analytics
Metinvest will gain control over the largest producer of coking coal in Ukraine04-03-2021, 19:26
Ukrainian business sees great opportunities in expanding China's openness -04-03-2021, 19:08
The fall in the price of nickel by more than 8% was the sharpest in 4 years04-03-2021, 18:25
At the Yaroslavsky metallurgical plant in the Dnieper began to pay for new04-03-2021, 14:39
Novokramatorsk Machine Building Plant strengthens its position in the national04-03-2021, 14:44
Spread between raw materials and high strength alloy steel in Europe increased01-03-2021, 20:21
Increase in prices is forecasted in the markets of steel raw materials -26-02-2021, 09:25
Troy ounce of gold will drop $ 500 in two years - Fitch25-02-2021, 18:29
Global iron ore production growth to outstrip cumulative production in India23-02-2021, 10:22
Fitch Ratings Warns of “Shocking Impact” on Fossil Fuel Exporters18-02-2021, 14:44
Sign in with: