Despite the shortage of steel and microprocessors, German companies received more orders in July than in the previous month, although economists expected a recession. 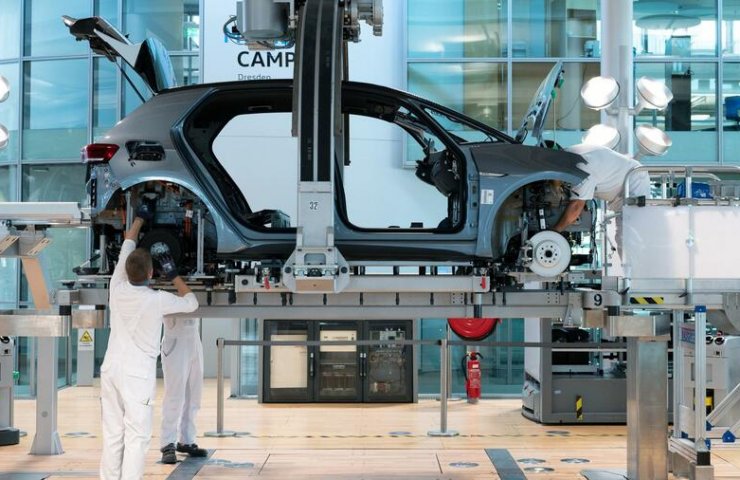 In July 2021, the German industry received new record orders thanks to large orders from abroad. As the Federal Statistical Office of Germany reported on Monday, the companies collected orders by 3.4% more than in the previous month. “Thus, taking orders has reached the highest level since the beginning of the time series in 1991,” the message says.

Strong growth is more than surprising: Economists polled by Reuters were expecting a 1.0% decline after rising 4.6% in the previous month. “This is crazy,” said Thomas Gitsel, chief economist at Bankhaus Lampe, on the surprising development.

"The significant increase compared to the previous month is due to large orders," the statisticians explained, pointing to shipbuilding industry . Excluding large orders, the volume of orders would have dropped by 0.2%.

Only strong external demand provided good performance: it increased by 8.0 percent, especially from regions outside the euro area (+ 15.7%). On the other hand, domestic orders fell 2.5%.

However, experts are skeptical that companies will be able to quickly fill a huge mountain of orders and transform them into a larger production. “Everyone needs German goods, but Germany cannot deliver them,” said economist Jens-Oliver Niklasch of Landesbank Baden-Württemberg (LBBW).

“Due to a shortage of materials and pre-products, order processing is challenging,” agrees economist Bastian Hepperle of Bankhaus Lampe. "No quick fix in sight." This is likely to slow down production as well as economic recovery in the coming months.

As of February 2020, a month before the start of restrictions after the coronavirus pandemic, orders are now 15.7% higher. Compared to July 2020, which was significantly affected by the pandemic, they increased by 24.4%.