Since the start of the pandemic, Turkey has invested about $ 6 billion in the development of its transport infrastructure, including in the modernization and construction of railways. 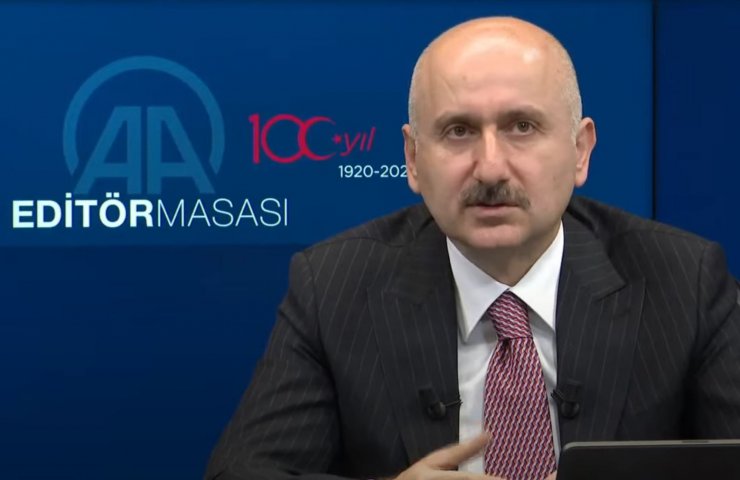 Turkey will increase investments in the country's transport infrastructure in order to become a global logistics superpower in the coming years, he said in Interview to Anadolu Agency Minister of Transport and Infrastructure Adil Karaismailoglu.

“We have planned our rail networks according to feasibility studies, we will become the world's logistics superpower when we build infrastructure with our investments,” the official said.

He added that the coming years will be years of railways, which will link the ports of Iskenderun, Mersin, Filyos and Alsancak into a single network, as well as Chandarli in Izmir.

“We will increase the capacity of the Divrigi-Kars line from 5 million tons to 20 million tons,” Karaismayiloglu said, adding that the cost of logistics as a result of infrastructure reforms will fall below 10% of the price of goods.

Among other things, Turkey intends to build a railway that will connect the country's territory with Azerbaijan.

"We are planning to build a railway in the direction of Nakhichevan," said the Minister of Transport and Infrastructure.

The railway to the Nakhichevan Autonomous Republic, which is an exclave of Azerbaijan and cut off from it by the territory of Armenia, according to Karaismayiloglu, was decided to build after the latest events in the region.

In 2020, an intergovernmental Azerbaijani-Turkish Memorandum of Understanding was signed on the Kars - Ygdir - Nakhichevan railway project.

Under the terms of the agreement concluded in November 2020 following the results of the autumn war in Nagorno-Karabakh, Azerbaijan received the right to create a transport corridor linking the main territory of the country with Nakhichevan. At the same time, the Armenian authorities undertook to guarantee the safety of transport links along this corridor, which will be controlled by Russian border guards.

Recommended:
LADA increased car sales in November 2020
Program crash on Tokyo Stock Exchange led to resignation of its CEO
Interpipe cut pipe sales by 30% in October after growing 40% in September
On this topic
Volvo to offer customers a full range of electric trucks in 2021
Armenia attacked Baku-Tbilisi-Ceyhan oil pipeline - SOCAR statement
Ford expects net loss of $ 5 billion in the current quarter due to falling demand
The new Minister of Finance of Ukraine: cooperation with the IMF is "an absolute priority"
Tata Steel joined the project of construction of European hyperloop
US plans to increase sanctions pressure on Turkey
Add a comment
Сomments (0)
News Analytics
ArcelorMittal stops steel production in Spain due to workers' strike04-12-2020, 19:47
KVSZ demanded to adopt a program for updating the freight car fleet of JSC04-12-2020, 17:19
The Czech Republic has invented a paper that destroys the coronavirus04-12-2020, 13:55
Oleg Gladkovsky's Bogdan Motors company demands to protect the Ukrainian04-12-2020, 13:22
Metinvest increases environmental spending to $ 384 million in 201904-12-2020, 11:13
European Union scrap collectors worried about possible export restrictions18-11-2020, 10:41
Occupational diseases of workers in the extractive industry: types and ways to16-11-2020, 17:49
Eurofer expects recovery in EU steel demand05-11-2020, 09:47
Hot rolled carbon steel demand will continue to grow by 4% pa until 203004-11-2020, 16:14
Platts Steel Trade Review: China Will Decide Asia's Fate30-10-2020, 10:04
Sign in with: